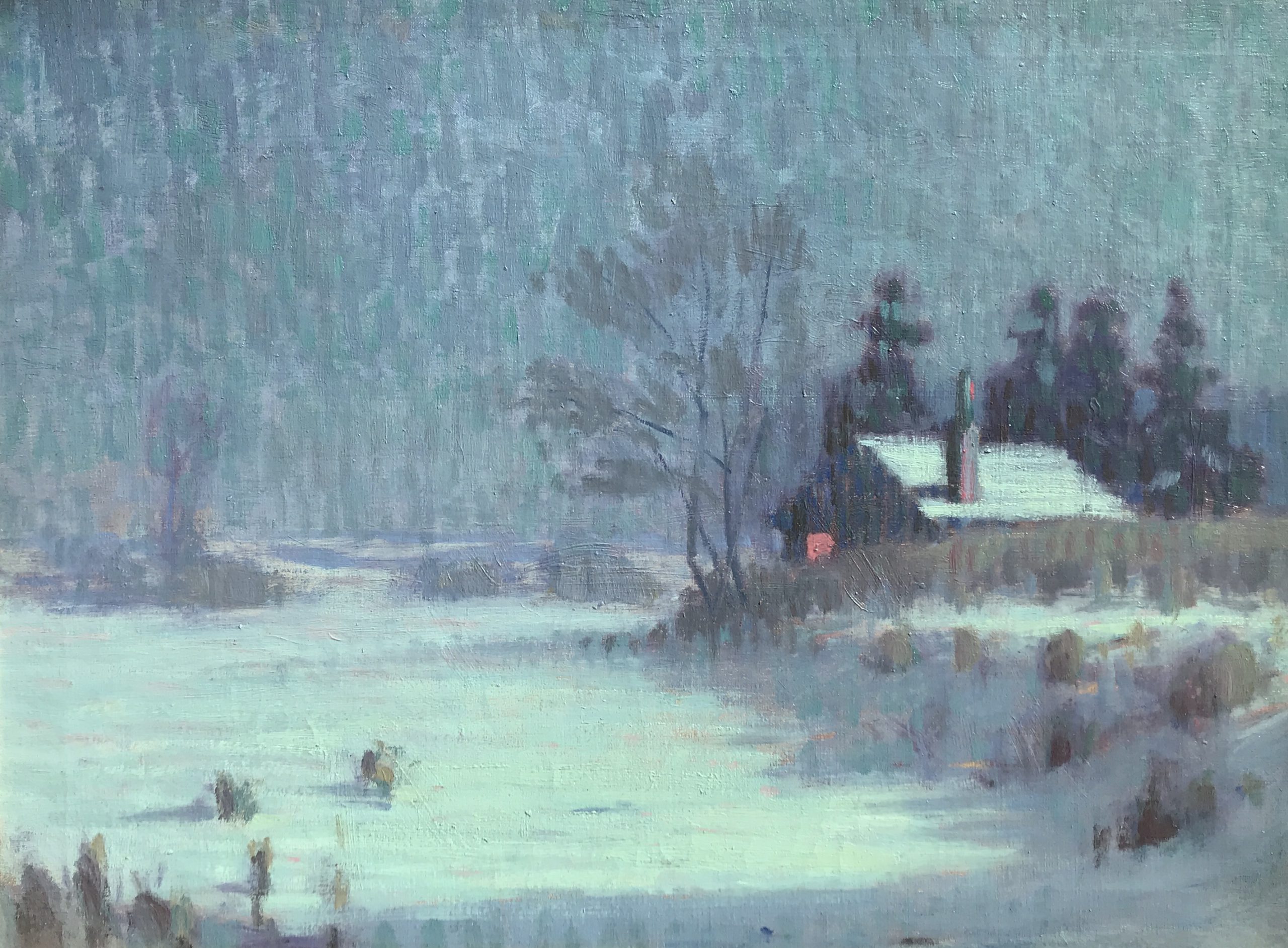 When All Is Still

Other Information
Provenance: Private Collection, Chicago, Illinois.
Exhibited: Chicago, Illinois, Art Institute of Chicago, “Twenty-Third Annual Exhibition By Artists of Chicago and Vicinity,” February 13–March 30, 1919 (99); Chicago, Illinois, Chicago Galleries Association, "An Exhibition of Recent Dunes Paintings By Frank V. Dudley," March 15–April 2, 1927; Valparaiso, Indiana, Brauer Museum of Art, Valparaiso University, "The Indiana Dunes Revisited: Frank V. Dudley and the 1917 Dunes Pageant," August 22–December 10, 2017 (11).
Literature: James R. Dabbert, "The Indiana Dunes Revisited: Frank V. Dudley and the 1917 Dunes Pageant," Brauer Museum of Art, Valparaiso University, and Indiana University Press, 2017, Cat. 11, p. 173 (reprod. in color).
Note: Frank Dudley began studying at the Art Institute of Chicago in 1888 when he first began work in the city. His exhibition history at the Art Institute began in 1902, and thereafter every year, except 1910, until 1932, and most of the 1930s with 1943 his last year. Notably, the title "When All Is Still" appears three times in the Art Institute records for the years 1906, 1908, and 1919, this last year along with "A Song of Early Morn," a morning painting to its moonlit companion. "When All Is Still" is unsigned and was passed down through three generations in the Dudley family generations for over a century. Almost certainly the 1906 and 1908 titles refer to the 1919 painting, and the painting was never sold, although almost all of Dudley’s paintings were sold directly from their exhibition venues. The Chicago Examiner’s February 13 description of the painting confirms its identity and, along with the other four in the exhibition, all five located in the Indiana Dunes: "I am an incurable addict to the charms of Frank V. Dudley's pictures of the Indiana Dunes; he exhibits five. One of particular appeal is "When All I Still"–a lighted cabin window like an eye shining in the dusk."

Later in 1919, Dudley exhibited two more Dunes paintings, including "The Silent Sentinels," the theme of conifers that Dudley used to represent sentinels or guardians of the Dunes. Wendy Greenhouse, in her essay “’To Please the Eye and Stimulate the Soul’: The Art of Frank Dudley” (Dabbert et. al. 2006), states that conifers “also serve as stand-ins for human observers, witnesses to the slow transformation of the landscape through the struggles of contending natural forces.”

The previous year, 1918, Dudley exhibited seven Dunes paintings at the Art Institute, a prelude to his one-man exhibition later that year, his declaration of a commitment to the Save the Dunes 1917 Dunes pageant that inspired a lifetime devotion to the Dunes.

A more complete understanding of "When All Is Still," is its inspiration from his brother’s 1904 photograph, "Approach of a Winter’s Evening," also exhibited at the Art Institute, 1905. Frank’s first wife Mahala died later that year, and both brothers, just two years apart in age, would often tramp the Dunes together, Clarence with his camera, and Frank with a discerning eye.

Notice that in both "When All Is Still" and "A Song of Early Morn" that four conifers, guardians, or sentinels, stand tall behind a “cabin,” protecting a landscape in danger of being lost.––James R. Dabbert
INQUIRE MORE
ABOUT THIS WORK
ROOM VIEW