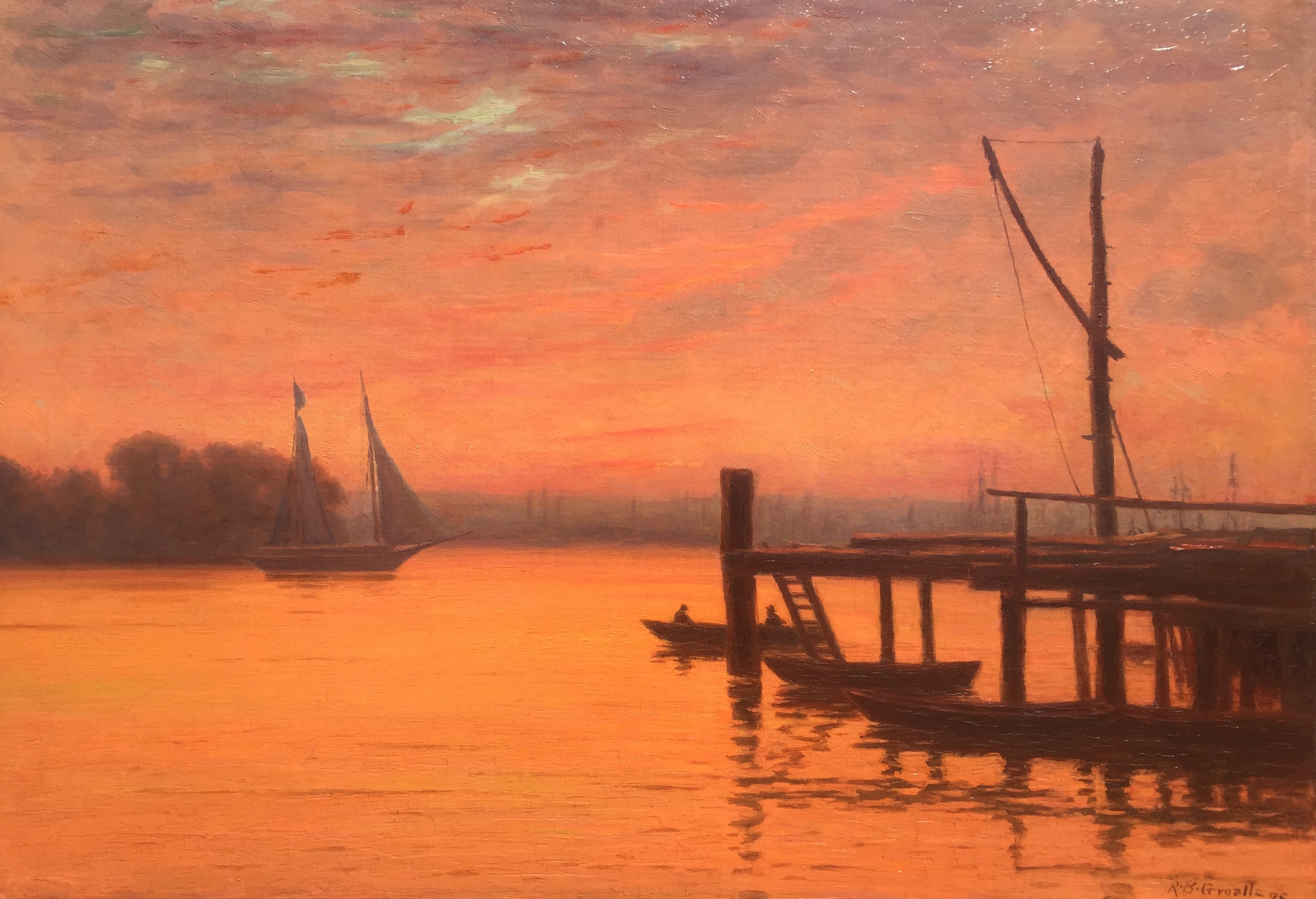 Other Information
Framed: 33 1/2 x 44 1/2 inches
Inscription: Signed and dated 1895 lower right
Provenance: Harry Cole and Grace Gruelle Cole, Washington, D. C. (Grace Cole was the artist's aunt); Francis Gruelle Cole and Esther Hicks Collier Cole, Chevy Chase, Maryland (at least since the early 1940s); Richard Gruelle Cole, Derwood, Maryland, 1992; Harry Collier Cole, Middletown, Maryland, July 2013; Private Collection, Bloomington, Indiana, December 2015 (purchased from the former); Private Collection, Stanford, California, September 2016 (purchased through Eckert & Ross Fine Art, Indianapolis, Indiana).
Note: One of the artist's finest known works. Depicts the Potomac along the Washington, D. C., waterfront. The artist is looking north along the Potomac from the Washington side. Roosevelt Island, now a popular walking and jogging site on the Virginia side, can be seen on the left just beyond the sailboat. On the right behind the wharf and in the background is the Georgetown waterfront, with masts of sailing ships barely visible.