Bill Lumpkins was born in 1909 on the Rabbit Ears Ranch in Clayton, New Mexico. His early education came from a tutor who instilled a lasting interest in Zen Buddhism in the young artist. His education moved him to Roswell, NM in 1924.  It was in Roswell where Bill met his friend and contemporary, Peter Hurd, and the two young artists spent much time sketching together with Hurd coaching Lumpkins in his early efforts.

Lumpkins' abstract work predated by ten years most of the Abstract Expressionists in America who came in the 1940's, 50's and 60's. In early 1930, Lumpkins saw a group of watercolors by John Marin which were being hung for a show in Taos. Shortly after, Lumpkins completed his first abstract work, a small watercolor called Dancing Trees. He surprised himself with that painting and came to view it as a milestone.

Lumpkins moved to Santa Fe in 1935, where he met Raymond Jonson. It was through Jonson that Lumpkins became involved in 1938 with the Transcendentalist Painting Group founded by with Jonson and Emil Bisttram. These artists were committed to the transcendental philosophy that one achieved artistic fulfillment by going beyond sensical experience into spiritual realms (The Santa Fe and Taos Colonies, by Arrell Morgan Gibson, p. 60).

Lumpkins was honored in 1998 with the Distinguished Artist Award from the Santa Fe Rotary Foundation as well as with a show of his architectural designs at the Santa Fe Museum of Fine Arts. The Roswell Museum presented a major retrospective of the artist's work in 1995, and he was one of the six featured artists at the alcove show at the Museum of Fine Arts in Santa Fe in 1994/95. His work has garnered awards from Santa Fe to Paris and his works are in the collections of major museums including, the Smithsonian and the Museum of Fine Arts, Santa Fe, New Mexico. 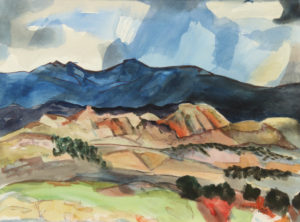 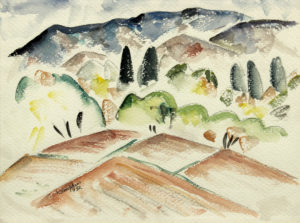 North of the Capitans 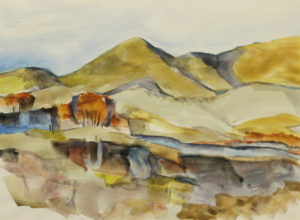 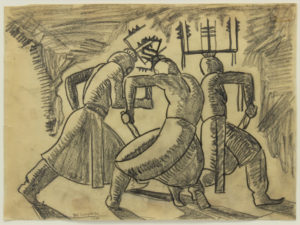 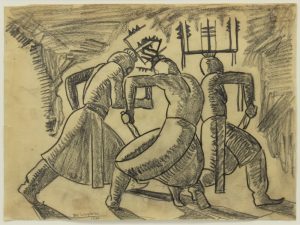 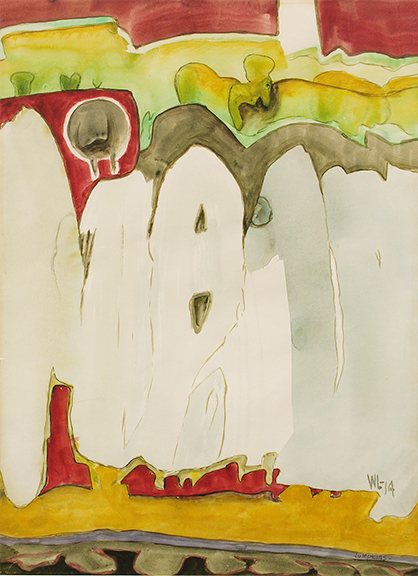