Walter Baum was born in 1884 and had a long and diverse career as a painter, museum director, teacher and critic. He studied at the Pennsylvania Academy of Fine Arts and apprenticed under Thomas Anschultz. Baum chose a more academic route in his art while other American artists were celebrating more artistic freedom. He produced more than 2,000 works in oil, tempera, watercolor and pastel. His artwork is generally divided into two distinct groups; landscapes of Delaware River Valley, illustrating woodlands, creeks and the countryside, and cityscapes of surrounding towns with detailed architecture, intense pure color and objects outlined in bright black. In addition to painting, Baum co-founded and supported the Lehigh Art Alliance in the 1930s. He also served as Director at the Allentown Museum of Art and headed the Baum School of Art. He wrote over 500 reviews for the "Philadelphia Evening Bulletin" and continued to exhibit work at the PAFA annually from 1914-1954. Baum received the Sesnan Gold award from PAFA in 1925. He is often considered the "Father of Art in Lehigh Valley". 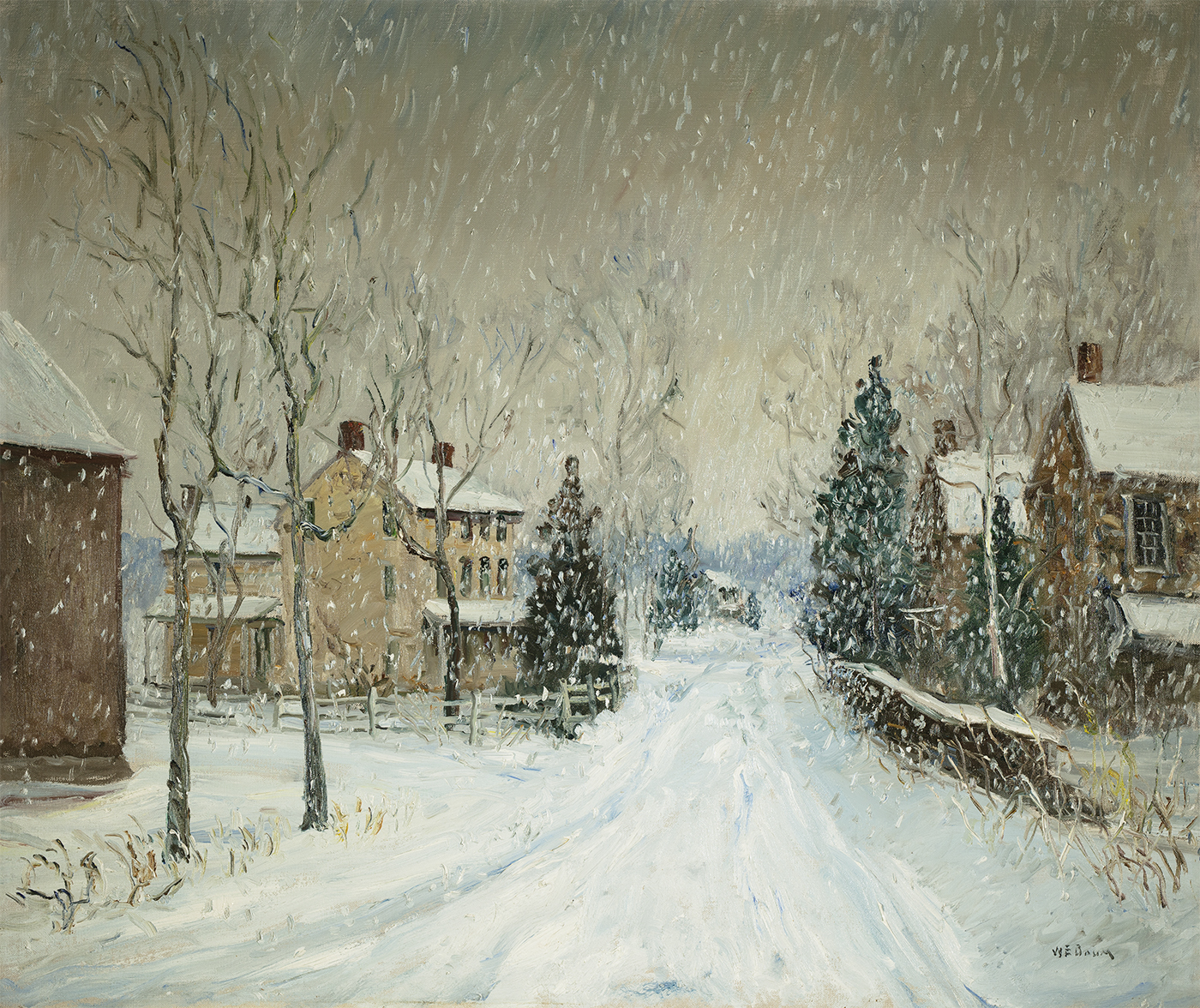