Victor Gilbert was born in Paris in 1847and died in 1935. He established himself as a painter of French genre scenes. His natural ability for drawing was acknowledged at an early age but due to financial circumstances he was required to work as an artisan. The only formal art education he received was at the hands of Pierre Levasseur at the Ecole de La Ville de Paris.

Despite his lack of training, he quickly came to the attention of the Parisian public. Gilbert first exhibited in the 1873 and 1874 Salon Exhibitions. It was during the mid 1870s that Gilbert became a close friend to Pierre Martin, one of the chief supporters of the impressionist movement. As Martin had secured paintings by Monet, Van Gogh, Cézanne and Gauguin, he also acquired worked by Victor Gilbert.

It was through this support and recognition that Gilbert was able to break away from his profession as a decorator and devote all his time to painting. At this point, he turned to his very sought after street markets, vendors, cafe scenes and views of Les Halles. 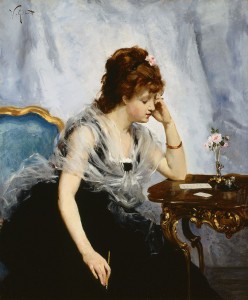 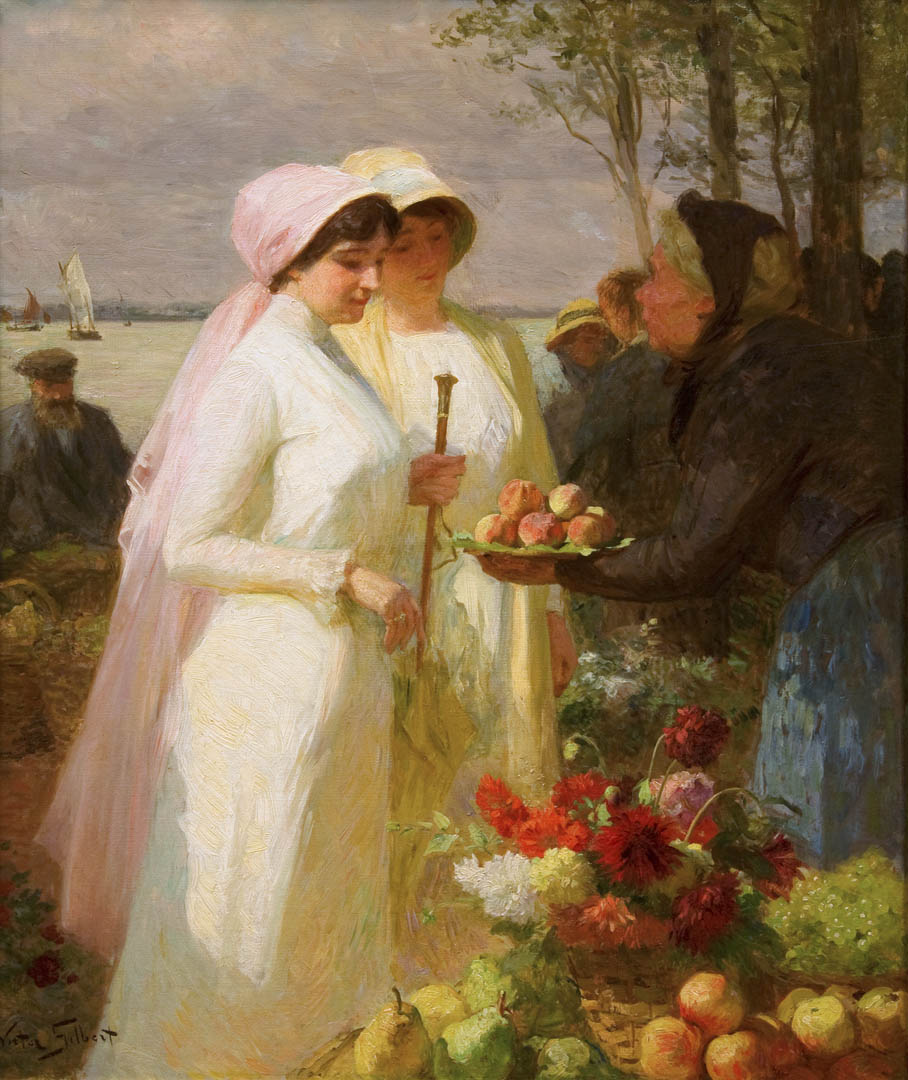