As a young man Worthington Whittredge left his native Cincinnati, Ohio to embark on a journey to Europe in search of a teacher.  He had been painting for several years and was essentially a self-taught artist, as were most of his contemporaries in the Midwest.  It was unusual for landscape artists to seek formal training in Europe at this time; however, Whittredge was determined and became one of the first to establish this trend.

The young artist arrived in Paris in 1849.  However, the city proved too expensive for him and the Barbizon school did not impress him. Whittredge moved on to Germany and spent the next seven years studying at the county’s leading art center, the Düsseldorf School.

I found the professors of the Academy in Düsseldorf among the most liberal-minded artists I have ever met, extolling English, French, Belgian, Norwegian and Russian art. The Düsseldorf School therefore was not alone the teachings of a few professors in the Academy but of the whole mass collected at that once famous rendezvous, and America had Leutz there, the most talked about artist of them all in 1850.

While at the Düsseldorf Academy, Whittredge absorbed a variety of painting styles incorporating them into his own work. Even the Barbizon style which he had rejected earlier, had indirectly influenced the artist’s style.  After Germany, Whittredge spent a summer sketching in Switzerland and then relocated to Rome.  While in Rome he befriended Sanford R. Gifford and Albert Bierstadt.  His new friends departed the following summer, but Whittredge remained in Rome for two years.  His money soon ran out and it became necessary for Whittredge to begin selling his paintings on the open market.  The majority of these paintings were either Swiss lake scenes or views of the Roman Campagna.

Whittredge returned to America in 1859. He landed in New York and eventually set up a studio in a building on Tenth Street, an appropriate symbol of the artist’s professional stature. He soon became a member of the National Academy of Design.
Whittredge had a difficult time in the beginning, attempting to paint American landscapes using his European training. He spent months painting in the Catskills and his early attempts at painting in the Hudson River style where not promising. However, by 1961 Whittredge finds his place in the movement by painting his first major opus as a Hudson River painter, Landscape with Hay Wain. (Cleveland Museum of Art Collection) 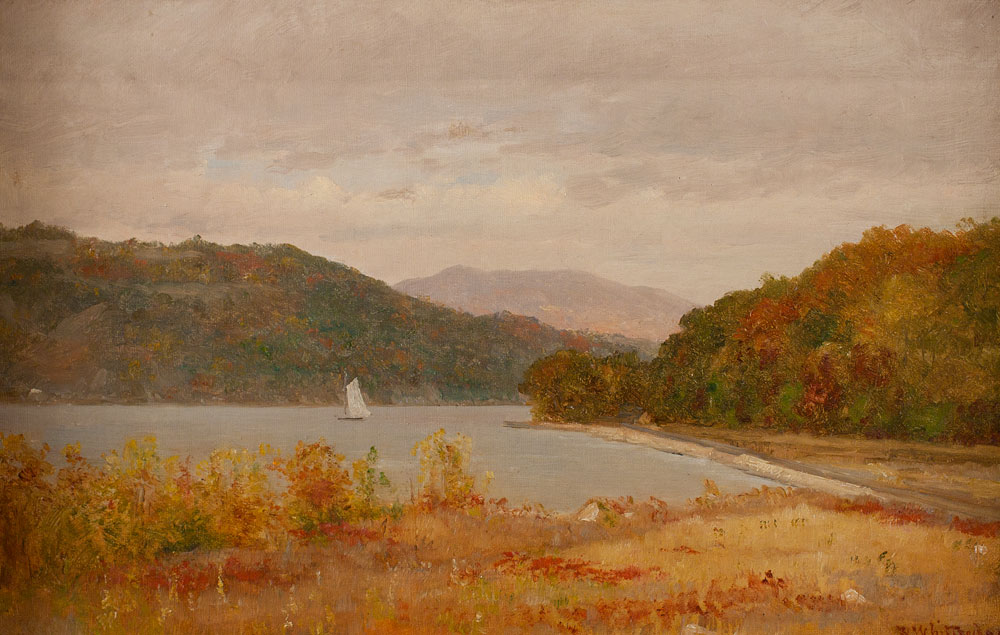 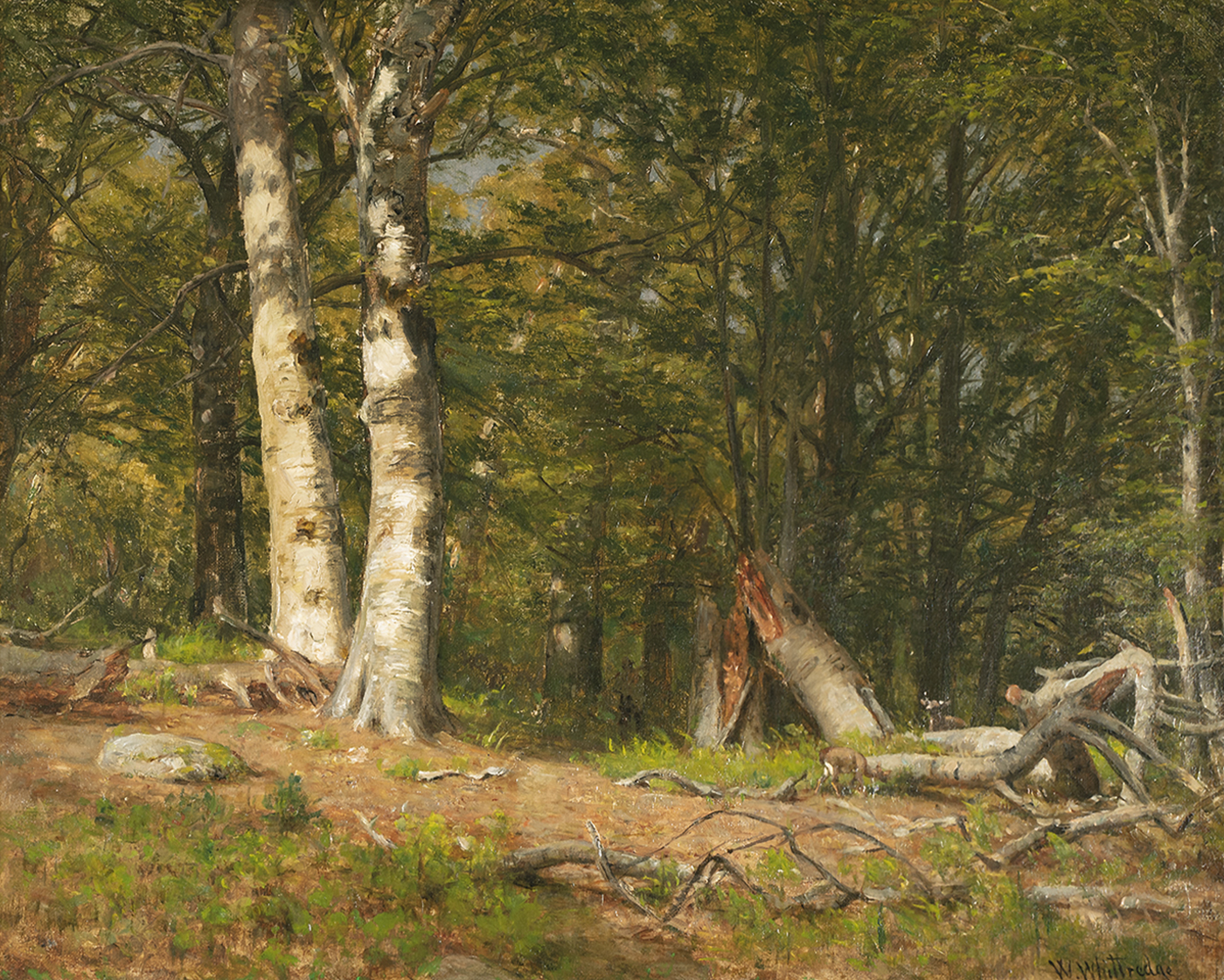 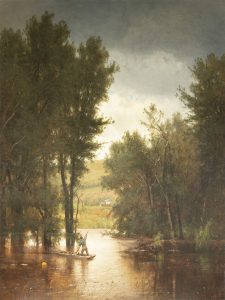