A member of the second generation of Hudson River School painters, Samuel Colman, a native of Maine, was raised in New York City. His father owned a successful publishing business, where the young Colman was exposed to fine art prints. In New York he studied briefly with Asher B. Durand, and by 1860 had embarked on the first of several trips to Europe. He visited France, Italy, and Switzerland, and was one of the first American artists to paint in the more remote locales of Spain and Morocco. Upon his return he had several exhibitions of the paintings done abroad. He became a full member of the National Academy of Design in 1862. Colman was not so much intent on recording a specific locale as in offering the viewer a respite from the cares of daily life. As Colman's teacher Durand noted in regard to one of his own similarly pastoral landscapes: To the rich merchant and capitalist...released from the world-struggle, so far as to allow a little time to rest and reflect in, landscape art especially appeals.... in spite of the discordant clamor and conflict of the crowded city, the true landscape becomes a thing of more than outward beauty....It becomes companionable, holding silent converse with the feelings...touching a chord that vibrates to the inmost recesses of the heart. His works are widely held by public and private collections. 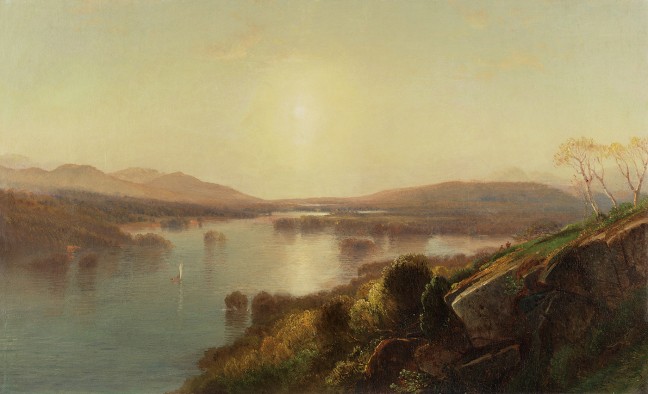