Robert Marshall Root (American 1863–1937), was a well-known Midwestern tonalist and impressionist artist. Born to John and Eunice Root, working-class parents, in Shelbyville, Illinois in 1863, young Robert showed great artistic promise from an early age. The small central Illinois town where Root began his life was part of the judicial circuit where Abraham Lincoln practiced law and debated local politician Anthony Thornton in 1856 over the merits of slavery in the Kansas Territory. Root later memorialized this famous moment in a portrait that still hangs today in the Shelby County Courthouse. Root became known for his exacting historic murals, and another hangs today in the Illinois Governor’s office.

Root found his training in New York City, St. Louis, and Paris, France (Academie Julian). He even had his painting Girl with Roses accepted into the prestigious Paris Salon in 1892. However, he eventually returned home to Shelbyville and settled there for the rest of his life. There, Root became quite successful with portrait commissions of the prominent locals. Root was a contemporary of fellow Illinois artist Paul Turner Sargent (American 1880-1946), and together they (along with other Illinois artists) discovered the tranquil beauty of Brown County, Indiana. They painted there so often that they were among the founding artists of the Brown County Art Gallery in 1926. Root was also a member of the Springfield, Illinois, Art Association and the All-Illinois Society of Fine Arts. 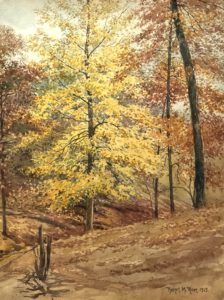 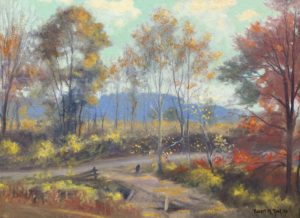 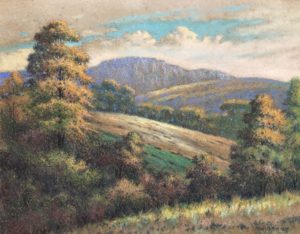 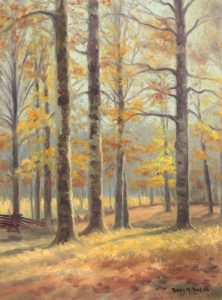 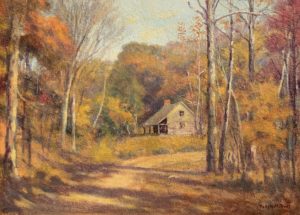 Cabin in Autumn Sold
Oil on board
12 x 16 inches 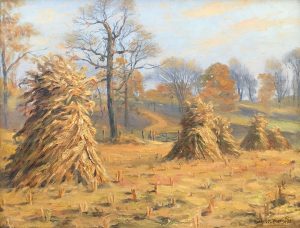 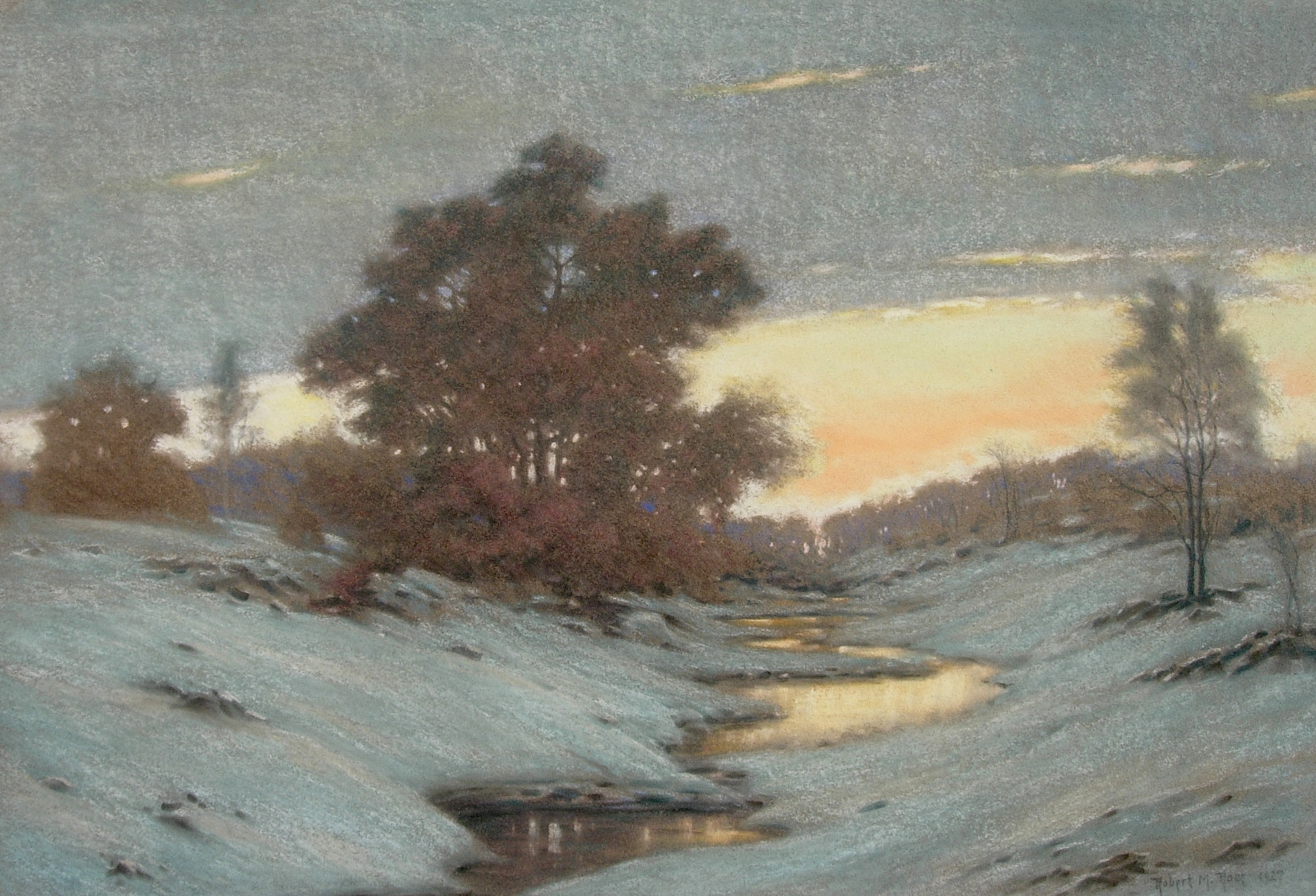