PERCY GRAY (1869-1952) Born in San Francisco, California on October 3, 1869, Percy Gray was from a long line of British artists. He studied locally at the School of Design under Emil Carlsen, and then worked as a quick-sketch artist for the San Francisco Call newspaper. In 1895 he moved to New York City where he spent 11 years working as head of the art department for the New York Journal. While in NYC he studied at the Art Students League and with William Merritt Chase. Gray returned to San Francisco in 1906 and joined the art department of the Examiner where he remained until about 1915. By that time he had established himself as a professional landscape painter. From 1918-23 he maintained a studio in San Francisco's old Monkey Block (now the Transamerica Pyramid), which also served as his living quarters. About 1910 he began signing his paintings in script instead of the block letters he had used since student days. In 1923 Gray married and settled in Monterey where the newlyweds purchased for their home and had rebuilt on another site, the historic Casa Bonifacio. Working from his studio attached to the house, Gray attained total mastery of his watercolor technique during his Monterey years. In 1939 they sold the home, and after two years in San Francisco, settled in San Anselmo in Marin County. The last year of Gray's life was spent as a resident of the Bohemian Club in his native city. He died of a heart attack in his studio on October 10, 1952. Although he painted oils and produced 20 etchings, he is best known for his atmospheric watercolors. His works most often depict the glades and valleys of northern California, with slopes of poppies and lupines under oak and eucalyptus trees. The rocky California coast was often his subject as well as Southwestern desert scenes; while 25 portraits of American Indians represent the bulk of his portraiture. Member: SFAA; The Family (SF); Bohemian Club; Sequoia Club; Carmel AA; SWA. Exh: Mechanics' Inst. (SF), 1888; Golden Gate Park Museum, 1910; Del Monte Art Gallery (Monterey), 1910; Arizona State Fair, 1915 (1st prize); PPIE, 1915 (medal); Bohemian Club, 1922. In: CHS; NMAA; Oakland Museum; Brooklyn Museum; Bohemian Club; Bancroft Library (UC Berkeley); CPLH; Crocker Museum (Sacramento); Stanford Museum; Monterey Peninsula Museum; Santa Barbara Museum. Source: Edan Hughes, "Artists in California, 1786-1940" American Art Annual 1909-1933; Who's Who in American Art 1936-41; Percy Gray (Whitton & Johnson); Monterey: The Artist's View,1925-45; Art in California (R. L. Bernier, 1916); California Design, 1910. 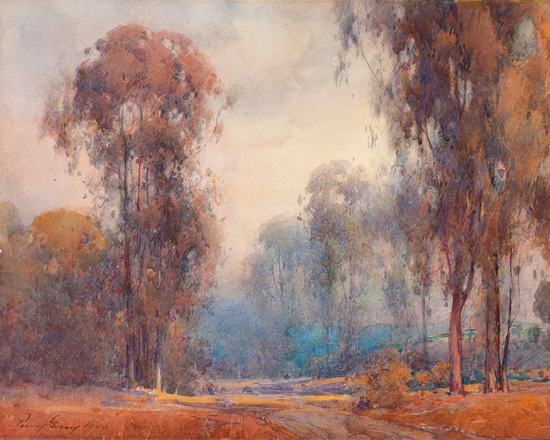 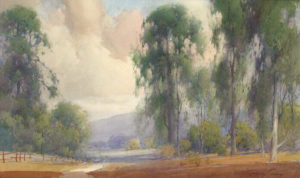 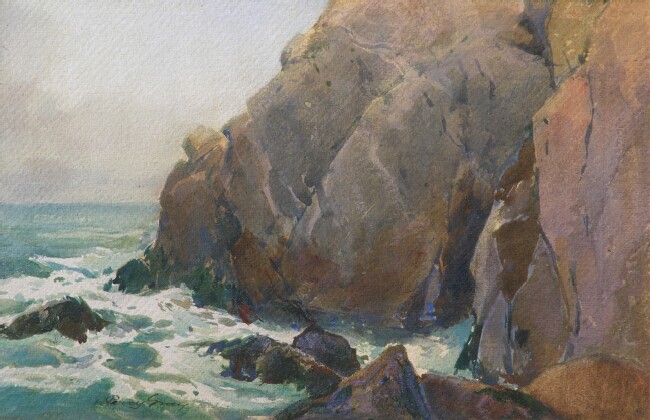