Born in 1867 in Germany, Oscar Bluemner inherited a rich familial artistic tradition. His father was a master mason and his relatives had all trained as craftsmen or artisans; thus Bluemner was exposed to art and architecture from a young age. He received his first formal art instruction in 1871 and began his lifelong practice of drawing and painting directly from nature.

In spite of a promising architectural career, Bluemner decided to leave Germany’s oppressively conservative artistic climate for the vanguard aestheticism of America. He frequently relocated between Chicago and New York in search of work opportunities, settling permanently in Manhattan by 1900. He admired the simplicity and functionalism of Frank Lloyd Wright and aspired to create indigenous architecture rooted to the American soil.

By 1904 he abandoned architecture for painting and immersed himself in New York’s active art community, frequenting its galleries, museums, and auction houses. He witnessed firsthand some of the city’s foremost modern exhibitions, including a show of Impressionist paintings at Durand-Ruel and  “The Eight” at Macbeth Gallery.

In what would be a fateful meeting at the 291 Gallery in 1908, Bluemner befriended Alfred Stieglitz and joined a group of New York’s leading avant-garde. Max Weber had been instrumental in forming the circle known as the “291” group, including artists Arthur Dove, Marsden Hartley, Georgia O’Keeffe, John Marin, Charles Demuth, and Paul Strand. Bluemner’s association with Stieglitz – one of the most influential artists and art dealers of the twentieth century – proved instrumental. Stieglitz was the first to showcase Matisse, Cézanne, and Van Gogh in his gallery, lending tremendous support to young American painters, including Bluemner, by launching solo exhibitions of their work.  In 1913, five of Bluemner’s works were included in the famous Armory Show and he was one of sixteen artists featured in the 1916 Forum Exhibition of Modern American Painters.

Throughout the 1910s and early 1920s, Bluemner created his own unique pictorial vocabulary that realized the convergence of Cubism, Fauvism, Futurism, and Expressionism. In search of subject matter, Bluemner sought inspiration in his local environment and what was familiar to him, drawing upon the landscapes, harbors, and factories of New York and New Jersey. 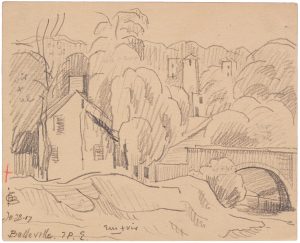 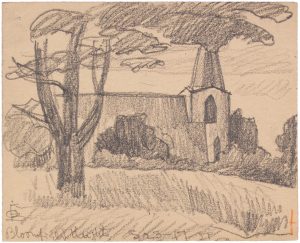 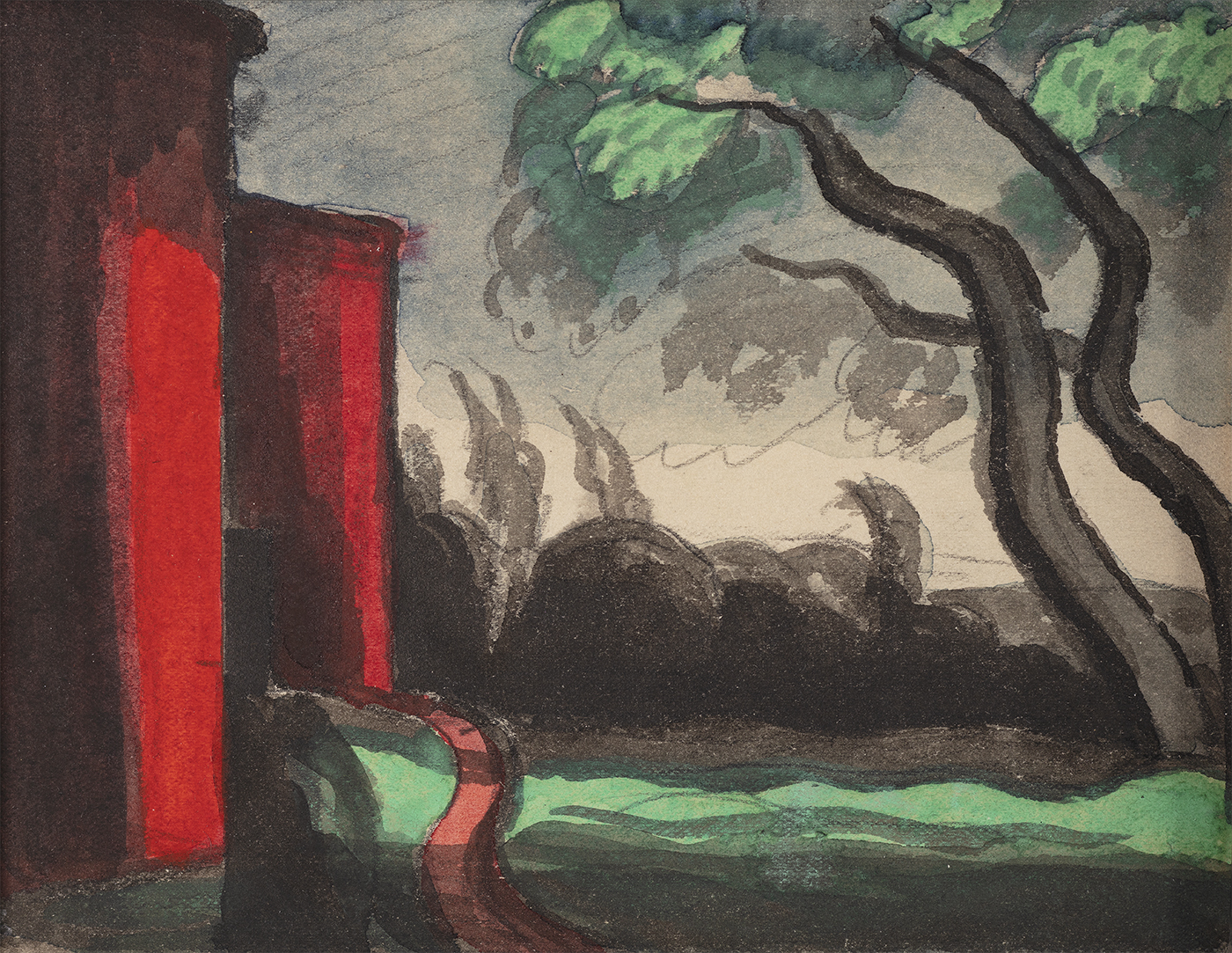