Born in Nagy Bittse, Hungary on Oct. 1, 1877. Braun immigrated with his family to the U.S. in 1881 and settled in New York City. He began drawing at age three and in his early teens was apprenticed to a jeweler. In 1897 he began a five year study period at the National Academy of Design followed by one year with William M. Chase.

He was an established portrait and figure painter in New York before moving to San Diego in 1910. After opening a studio on Point Loma, he founded the San Diego Academy of Art in 1912 and served as its director for many years. Braun remained in San Diego except for the years 1922-24 when he maintained a studio in Silvermine, CT. His Impressionist paintings of the Southwest desert, southern California hills, and High Sierra brought him great national acclaim.

At the end of his career he specialized in still lifes of flowers and oriental objects d'art. An ardent follower of Theosophy, their teachings of the unity of nature and man is evident in his work. Braun died in San Diego on Nov. 7, 1941. 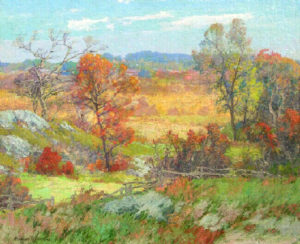 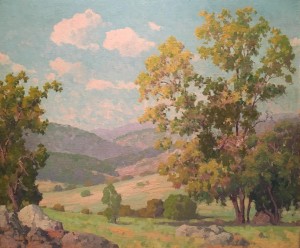 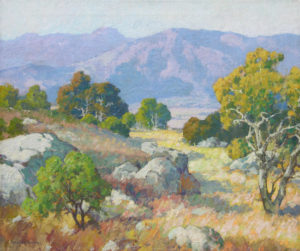 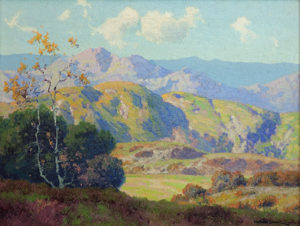