One of a group of landscape painters who emerged from Chicago at the turn of the century, Lawrence Mazzanovich was born to immigrant parents at sea off the coast of California. The family eventually settled in Chicago, where Mazzanovich attended classes at the Art Institute. Following his marriage in 1902, he moved to Paris for further study. He visited the major museums, spent time at the art colonies in Fountainbleau, Moret-sur-Loing and Giverny, and painted tonalist views of the French and Italian countryside. Returning to the U.S. in 1909, Mazzanovich moved to Westport, Connecticut, where a small art colony had formed. Abandoning the tonalist concerns of his earlier years, he developed the decorative style for which he is best known today, an aesthetic that combined elements of tonalism with a brightly colored impressionism. In 1923 Mazzanovich sought fresh inspiration in Tryon, North Carolina, where he remained for the rest of his life. Though he painted fewer pictures thereafter, the quality of his later work remained consistently high.

This essay is copyrighted by the Charleston Renaissance Gallery and may not be reproduced or transmitted without written permission from the Hicklin Galleries, LLC. 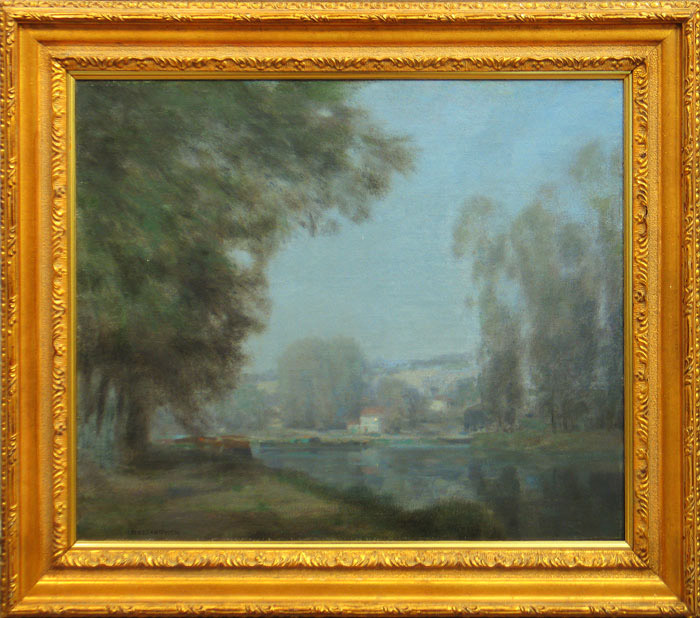