Julio Reyes was born January 15th, 1982 in Hollywood, California. Even as a child he knew that he wanted to be an artist, and he drew constantly. His ever growing imagination was fueled by his family's tradition of telling what were often fantastical tales of his lineage, imbuing his childhood with wonder. "Beyond my parents, there exists an incredible family saga, transmitted to me around dinner tables and fireplaces one story at a time. Through those experiences, I learned that I come from a long line of Indians, witch-doctors, and bootleggers, a lineage that stretches out across Mexico, and the American Southwest. I suppose it was there with my family that I got what I really needed to be an artist. It was in family and hearth that I discovered what it meant to feel deeply about things – the ability to move and be moved by others. At that dinner table, my soul was built up and made larger with noble thoughts. I learned that there were sacred things in life, and that I should devote myself to knowing them".
By the time Julio was in high school his drawing skills were well developed. His teachers made note of his abilities, and encouraged him to pursue a life in the arts. It was about this time however that Julio was finding great success as an athlete. He excelled in soccer, and participated in tournaments all over the world. He was the youngest player on virtually every team he played for – only 16 years old when he toured through Europe, on a team of guys four years his elder. Reyes was also chosen for a select team of players from all over California, to participate in the famed Gothia Cup Tournament in Gothenburg, Sweden. With over 60 different nations participating, the tournament was, and still is, larger than the world cup. Their team proudly represented the United States in the championship game final, played in Ullevi Statium. Colleges were recruiting him with the promise of generous scholarships, but Julio made a surprising decision and turned them down.
" I couldn't see myself being an athlete all my life. I remember very clearly, I was in the Louvre in France, with a group of soccer guys who really only had girls on the mind. As I looked around, I was overwhelmed with this tremendous sense of longing. It felt as though I was the only one who knew we were surrounded by splendor. I never felt further from my dreams. Later that night, in my sketchbook, I secretly drew as many works of art as I could remember. As if by doing so, I could catch up to lost time; there was this rush, to get to my true vocation…I knew then what needed to be done."
Julio enrolled in the Laguna College of Art and Design in the year 2000 and began painting with oils for the first time. He learned about art history and aesthetics, as well a classical approach to the materials and techniques of both painting and sculpture. It was here that he met and fell in love with his future wife, artist Candice Bohannon. He received awards from the Peter Plotkin foundation, and four years of portfolio based scholarships from the Laguna College. In 2005, Julio received his Bachelor of Fine Arts degree from the Laguna College of Art and Design, with a minor in sculpture. Upon graduating, Julio married and threw himself into the artists life. He became a juried member of the California Art Club in both painting and sculpture, participating in their 98th Annual Gold Medal Exhibition. He also received awards from the Art Renewal Center in their '06 and '07 salon competitions. His work has been featured in the 2008 December issue of The Artist's Magazine, where he received high honors in their 25th Annual Portrait Competition. Mr. Reyes has been the subject of numerous published articles highlighting his art and talent. The most recent being the September issue of Southwest Art Magazine's "21 Artists Under 31 – Young Artists to Collect Now." 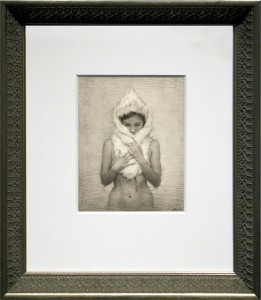 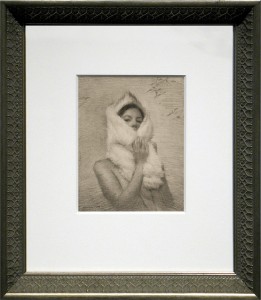 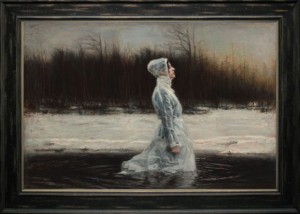 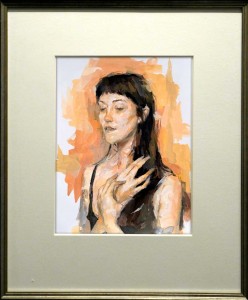 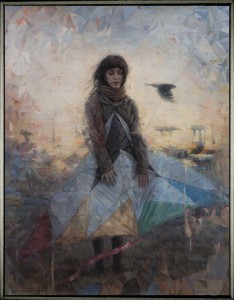 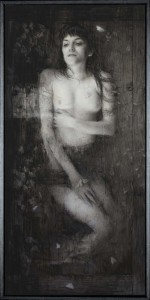 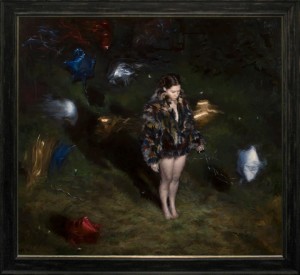 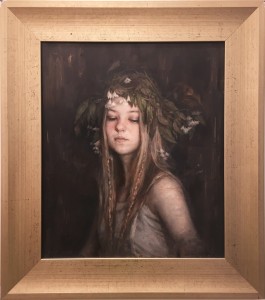 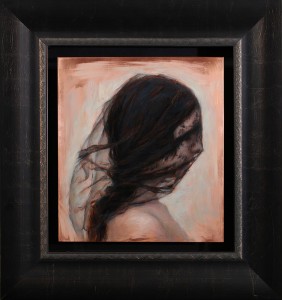 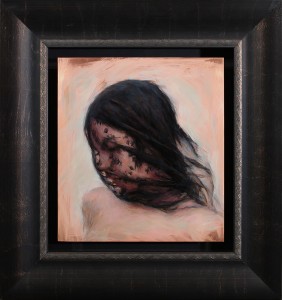