The paintings of J.F. Kensett are among the finest and most sought- after work produced by the second generation of Hudson River School artists. With an engraver's eye for sharp detail and a sensitivity to atmospheric variation, Kensett created powerful portraits of rocks, water and sky, reflecting infinite depth, power and peace. He was considered a luminist painter, one of a group that was especially interested in weather effects. Stanford Gifford, a follower of Kensett, referred to luminism as "air-painting."

Kensett was more a follower of Asher B. Durand than he was of Thomas Cole. He attempted to concentrate on compositions that were realistic and detailed, rather than contrived and dramatic. His work falls into four major categories: shorelines; mountain and water views from above; mountain and lake scenes from a lower point of view; and woodland interiors.

In 1840, Kensett went to Europe with John W. Casilear, Thomas Rossiter and Asher B. Durand. He stayed for seven years, helping to support himself by doing engraving's for American companies. When he returned to America in 1847, he had no trouble selling his work. His timing was good: in 1846 he had sent several Italian landscapes home, two of which were purchased by the American Art-Union.

His studio became a magnet for the art world. Travelers delighted in identifying precise locations in the Catskills or Newport or New England in the oil sketches and drawings that covered his walls. 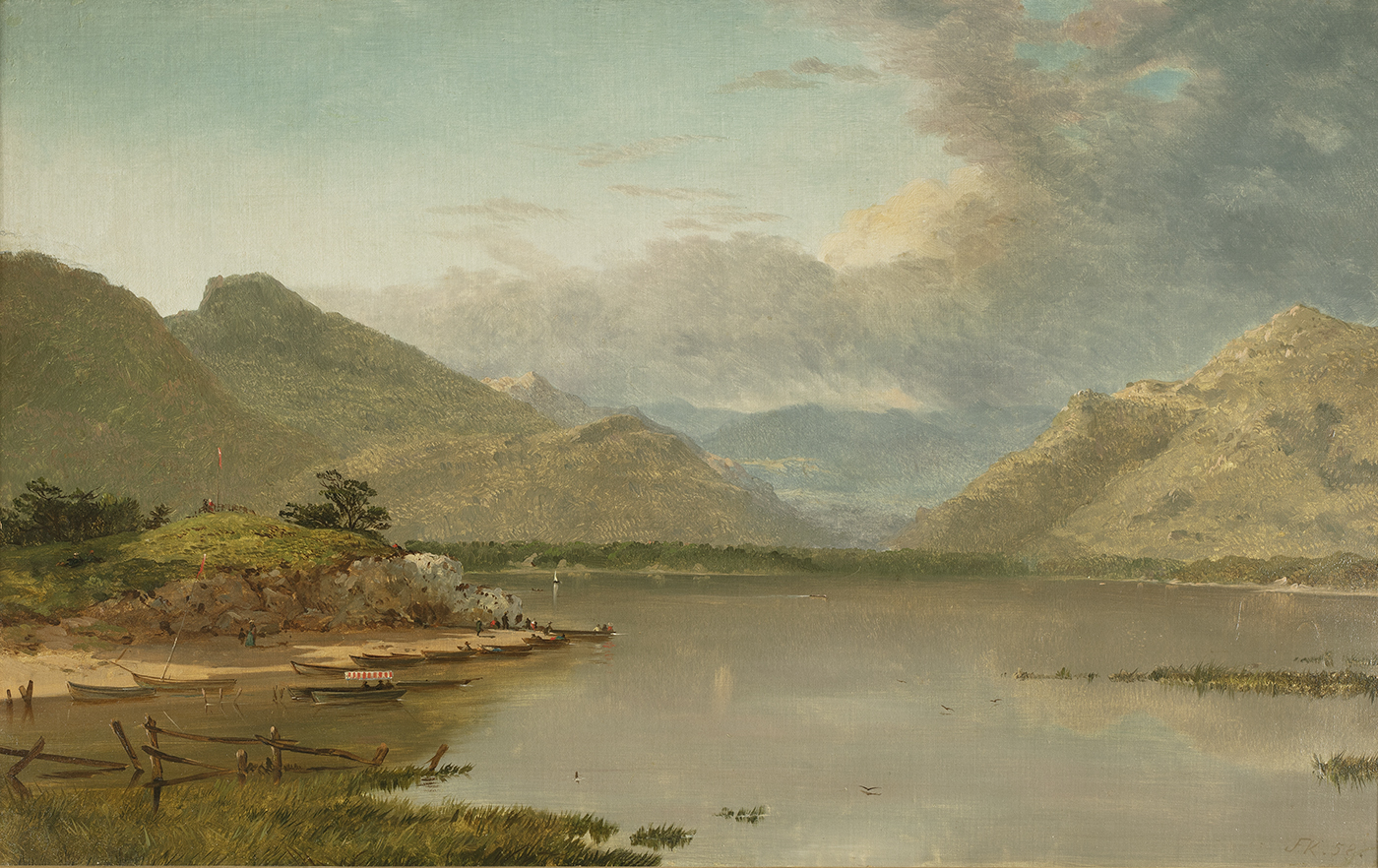 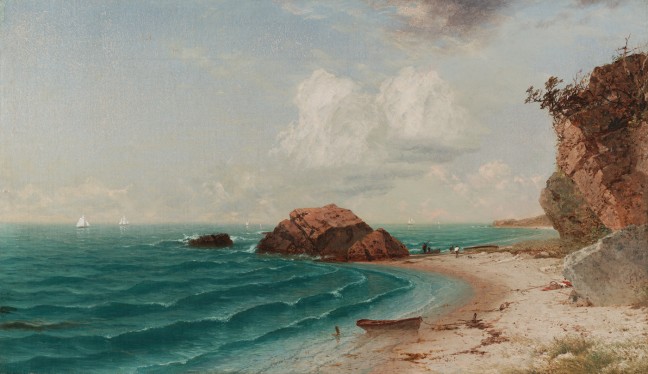 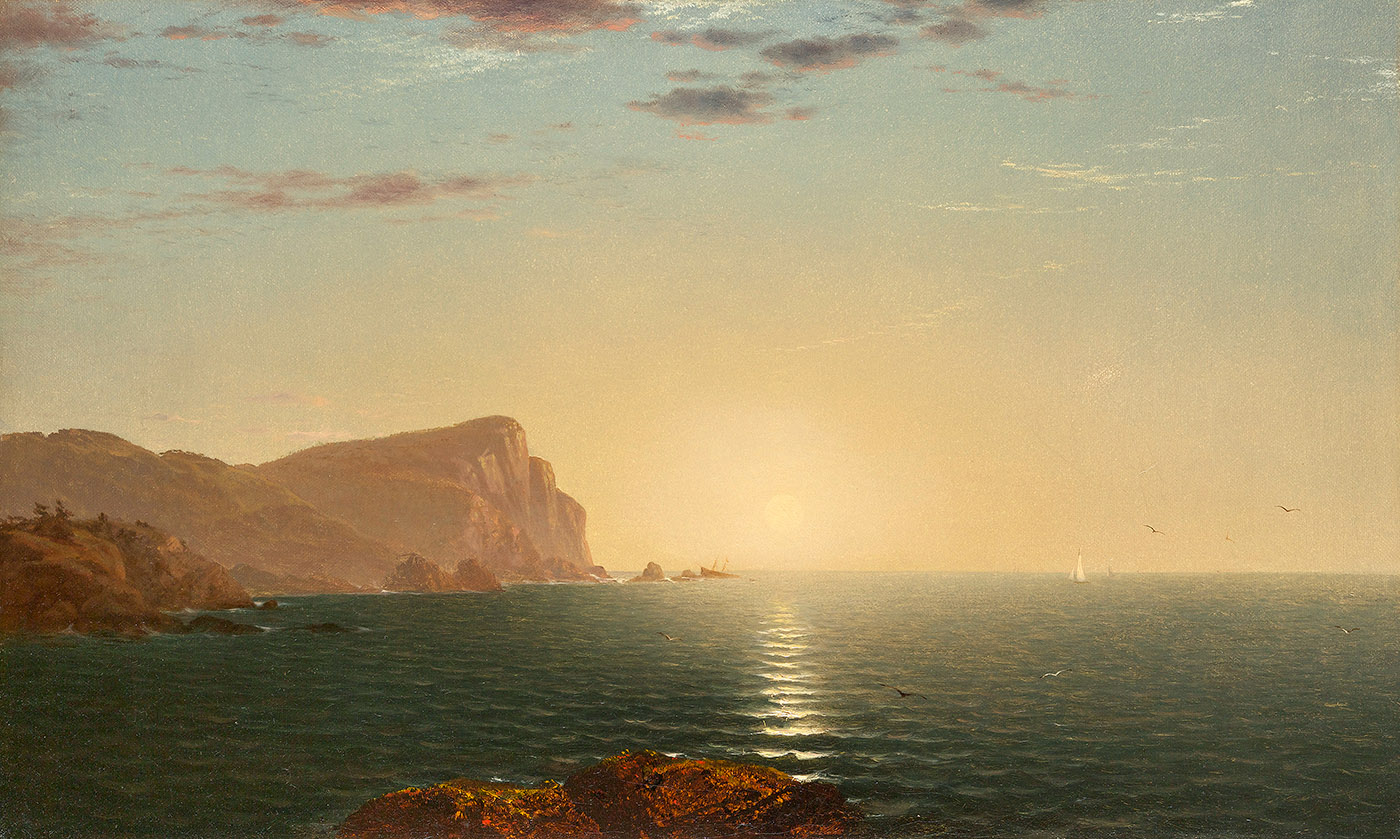