Johann Mongels Culverhouse was one of six children born to parents R. Culverhouse and C. Mongels in Rotterdam, Holland in 1825.  Around twenty-four years of age, Johann moved to the United States, where he settled in the New York area.  He created paintings that appealed to the American art market, and focused on genre scenes and idealized landscapes.  Despite his audience, Johann Mongels Culverhouse referred back to his strongest influences as a painter when creating his own canvasses; 17th Century Dutch art.  The tradition of the night market was a popular theme amongst Dutch painters of the 17th Century.  Known as “candlelight paintings” because of the common inclusion of candles and moonlight, this genre flourished amidst the Salons of the time.  It is this type of painting that Culverhouse is well known for today.

According to the Syracuse Journal, Culverhouse had established a studio in the art gallery of Judson N. Knapp at 47 Genesee Street in 1871.  One year later, in 1872 he moved to the St. Charles Hotel in Syracuse.

Johann Mongels Culverhouse exhibited while living in the New York area with the National Academy of Design in 1865 and 1866.  It is known that he traveled back and forth to Europe several times during his career, but mainly remained in America from 1849-1891.  Johann Mongels Culverhouse died in New York City around 1895.  The exact date and location of his death is unknown. 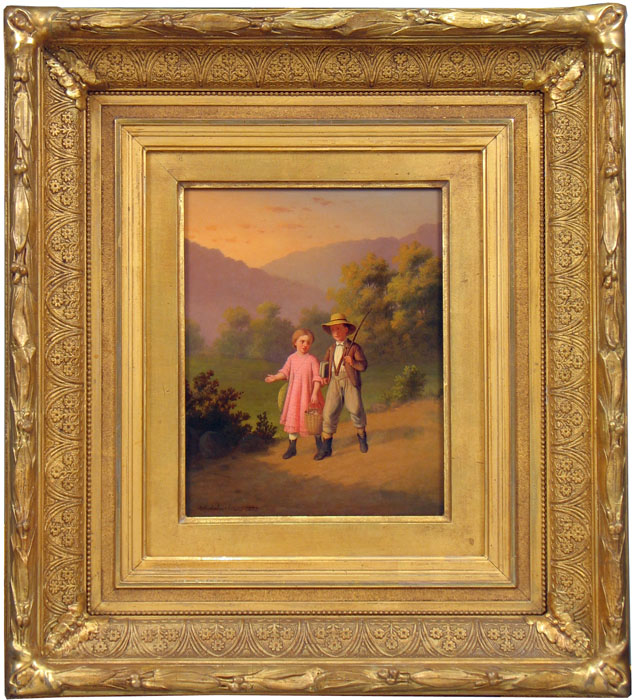