Landscape painter Jervis McEntee was born in Rondout, New York in the Hudson River Valley, in 1828; he died in 1891, in the same community.

The nearby Catskill Mountains were reflected in his paintings of rural New York State. His artistic career was influenced by a friend, Henry Pickering, and by artist Frederic E. Church. Pickering was a cultured man and a poet, who boarded with the McEntee family and spent considerable time with young Jervis.

At age 22, McEntee went to New York City; he studied with Church during the winter of 1850. McEntee married a minister's daughter in 1854 and tried his hand unsuccessfully at business in Rondout, before returning to art as a profession.

In 1858, he opened a studio in New York City. Spending winters in the city, he returned in the summers to river-valley and mountain locations, his prime subjects. At the beginning of the Civil War, Mc Entee enlisted in the Union Army. In 1868, he toured Europe with artist Sanford R. Gifford.

McEntee's landscapes are characterized by colors of autumn and winter. He usually painted small views rather than wide panoramas. They are simple, naturalistic and detailed, and critics have noted the presence of a melancholy mood, perhaps even a feeling of desolation. He added an unusual touch to his painting The Melancholy Days Have Come (1861, National Academy of Design), by attaching part of "The Death of the Flowers," a poem by William Cullen Bryant which complemented the painting. Melancholy Days enlarged McEntee's reputation. Another notable painting was Eastern Sky at Sunset (date unknown, Corcoran Art Gallery).

Elected an associate member of the National Academy of Design in 1860, McEntee became a full member in 1861. 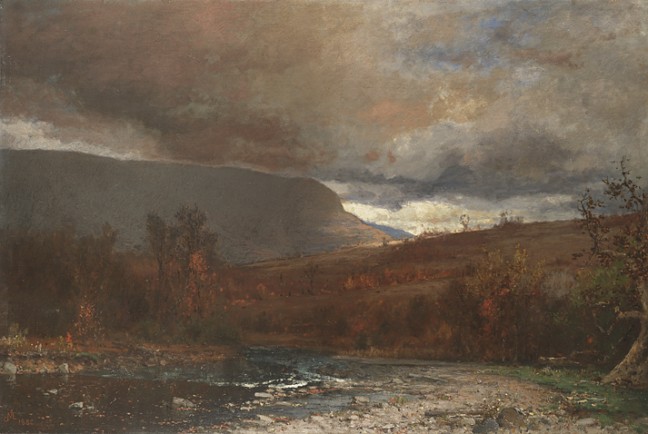 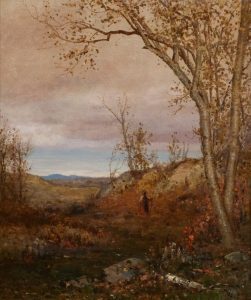