George Herbert McCord is recognized for his ability to accurately reproduce atmospheric qualities in his paintings, especially brilliant sunsets whether it was over water or land. Just as Jervis McEntee was called a painter of twilight, McCord seemed to be drawn to this time of day and to capturing golden sunsets that are offset by darkening foregrounds. He travelled extensively throughout New England, Florida, the Upper Mississippi, Mexico and Canada and was among the select few artists that were invited by the Santa Fe Railroad company to create paintings of the Grand Canyon in Arizona. 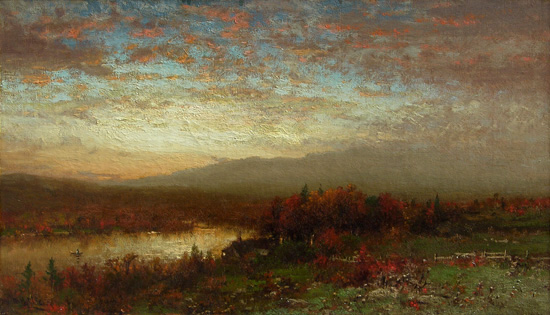