George Oberteuffer’s best and most sough-after works are those he painted during his nineteen-year stay in France. Inspired by the Luxembourg Gardens, and the architecture of northern France, Oberteuffer developed a fresh and vigorous style, using vibrant color and agile brushstrokes that was influenced by French Impressionism.

Oberteuffer attended Princeton University and graduated in the class of 1900. After graduation, he studied at the Pennsylvania Academy of Fine Arts with Thomas Anshutz and William Merritt Chase and received his Master of Fine Arts from the Art Institute of Chicago. While in France, Oberteuffer met his future wife, Henriette Amiard at the Academie Julian in Paris. The two often exhibited their paintings together and their careers thrived.

During Oberteuffer’s return to the United States, his paintings echoed the modern sensibilities of artists such as close friends John Marin and Arthur B. Carles. Oberteuffer then became a member of the National Academy in 1939 and died soon after in Boston due to pneumonia. 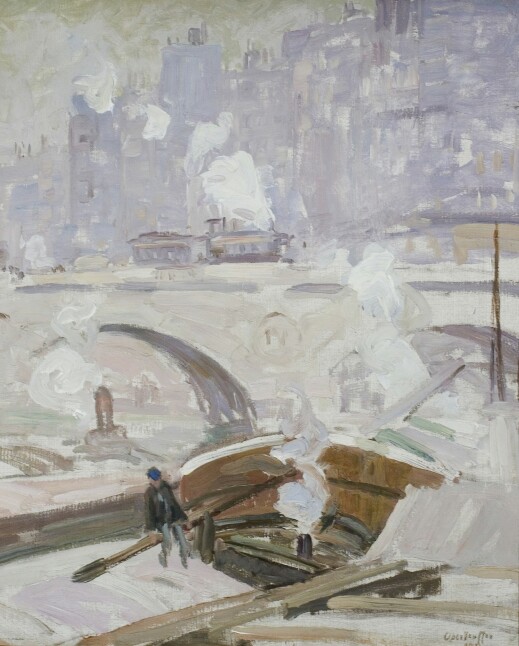