Browne was born in Gloucester, Massachusetts 1871--died in Provincetown, 1946.   He studied in Boston at the Cowles Art School and the Museum of Fine Arts before completing his education under Jules Lefebvre and Tony Robert-Fleury in Paris. Browne founded the West End School of Art at his summer home in Provincetown in 1916 at the tip of Cape Cod far away from his studio in New York; it was a successful venture and included frequent tours to Europe.  The group was influenced by the French Impressionists and was among five schools in  Provincetown. Daisy Marguerite Hughes was among Browne's most talented pupils.

Browne was very well regarded in France and was awarded Chevalier of the Legion of Honor. In 1919, he  was elected io the National Academy of Design as an Associate member, and as a full member in 1928. 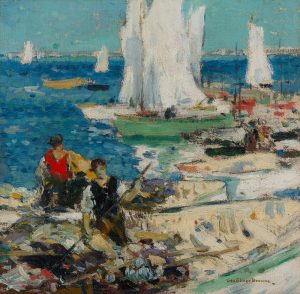 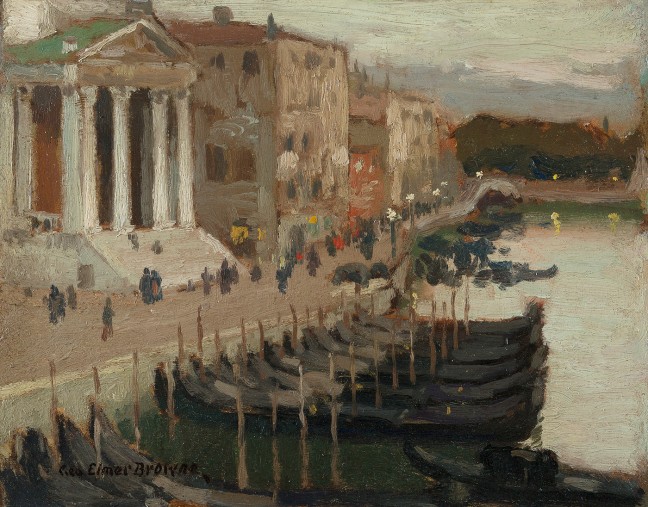 Evening in Venice
Oil on board