Born in Philadelphia, Pennsylvania in 1885, George Biddle attended Groton Academy and was a classmate of future president Franklin Delano Roosevelt. He graduated from Harvard Law School in 1911 and then went to France to study art at the Academie Julien (1911-1912) and in other European cities. A lieutenant in World War I, he created a series of drawings and watercolors that depicted warfare on the Western Front. During the interwar years he traveled throughout the world and at one point worked in Mexico with the painter and muralist Diego Rivera. During May and June 1930 Biddle was in Charleston, South Carolina, at the invitation of George and Ira Gershwin to prepare sketches for their opera "Porgy and Bess". He created an extensive portfolio of watercolors and pen and ink drawings of Charleston street scenes, some of which he used as studies for major paintings "The Negro Masons" and "The Wreckers". Muralist, printmaker, sculptor, illustrator, and painter, Biddle was active in the Federal Artists Project and the American Artists' Congress. During World War II he was chairman of the United States War Department Art Commission. He also wrote and illustrated autobiographical works and a book of art criticism, "The Yes and No of Contemporary Art" (1957). 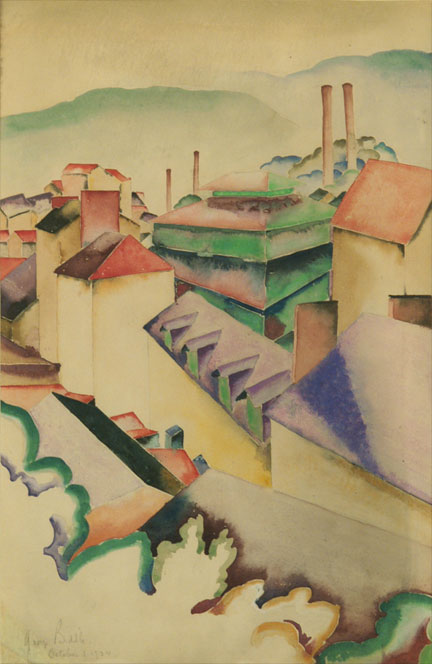