Born in Bomen, Austria, Franz Bischoff became known as "King of the Rose Painters," one of the most respected ceramic decorators of his time. He was also a leading Southern California plein-air landscape painter of the early 20th century who left a rich legacy of expressive works. His subjects included floral still lifes, harbor scenes in San Pedro, the Arroyo near his home, coastals and Zion National Park.

He had early training at a craft school and in 1882 went to Vienna for study in painting and porcelain decoration. He was twenty-one when he arrived in New York City in 1885 and took a job as a painter in a ceramic factory. Following that, he worked as a ceramic decorator in a variety of places including Pittsburgh; Fostoria, Ohio; and Dearborn, Michigan. In New York and Detroit, he founded the Bischoff School of Ceramic Art and developed the formula for many of his own colored glazes. His ceramics were exhibited at the 1893 Columbian Exposition in Chicago and at the 1904 Exposition in St. Louis.

In 1900, he first visited California and in 1906 settled in Los Angeles. In 1908, he built his studio home with gallery, ceramic workshop, and painting studio, along the Arroyo Seco in South Pasadena.  Although he taught classes, produced ceramics and ceramic materials and continued to paint flowers, Bischoff devoted most of his time to the painting of landscapes and scenes of everyday life--from fields and farms to fishing wharves and the desert near Palm Springs. He traveled to Europe in 1912, remaining almost a year and visiting Naples, Capri, Rome, Munich, Paris and London. He studied the Old Masters and the French Impressionists and sketched and painted in oil and watercolor.

In the 1920's he traveled to the Sierras and the coast of Northern California and, in 1928, the year before he died, he made a trip to Utah, painting boldly colorful scenes of Zion National Park. His style ranged from impressionists through post-impressionistic, and later it even showed the influence of Expressionism. 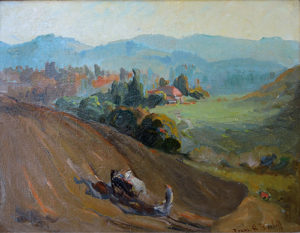 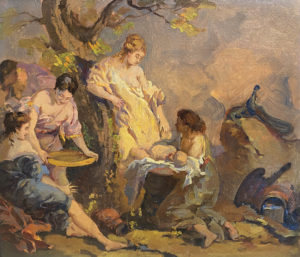 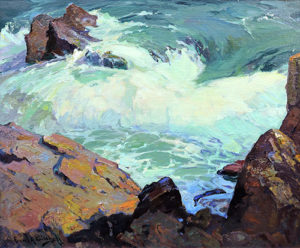 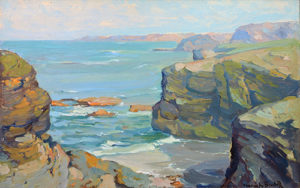 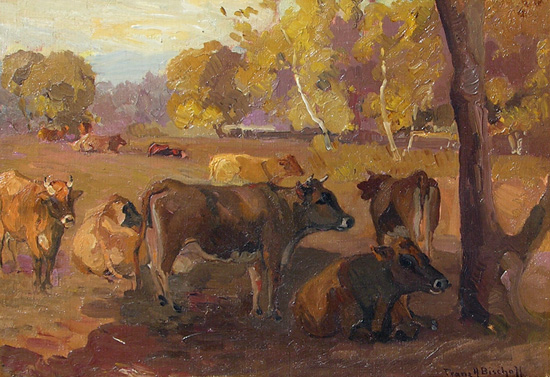 Cows in the Pasture
Oil on board
14 x 20 inches 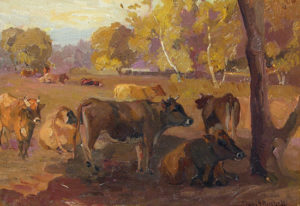 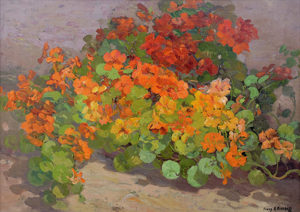 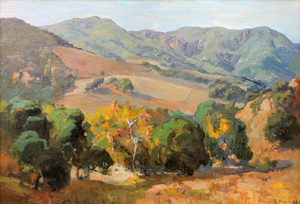 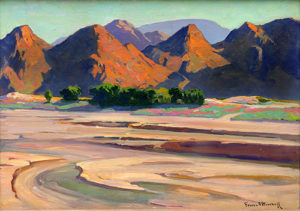 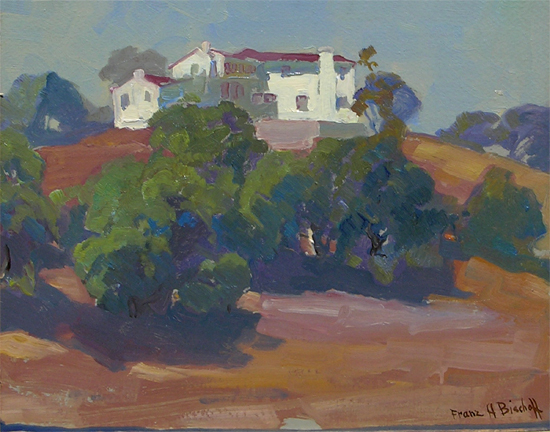 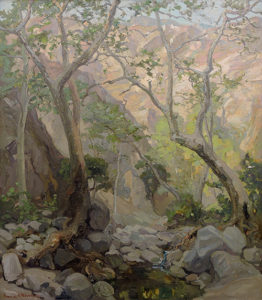 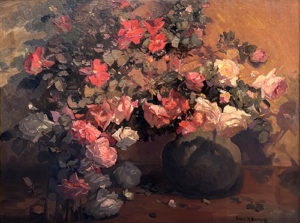