Bullfighting would clearly have evoked a strong interest for Martin, as he was partial to sports of a more violent and dangerous nature, his favorite subject to paint being boxing. He also worked with Mexican painters and traveled around the Mexican border in the mid 1920’s. The popularity of bullfighting in Mexico extended to Martin who found it to be dynamic subject matter for a series of works he executed depicting his memories of it.
Martin had been a muralist during the the WPA period of the late 1930’s. He worked on large commissions in California and Texas. As a young man he had worked as a harvest hand, lumberjack and construction worker. This experience perhaps had a significant influence on Martin’s focus and ability to depict the worker, the sportsman or the everyday man with an empathy and strength that is clearly evident. 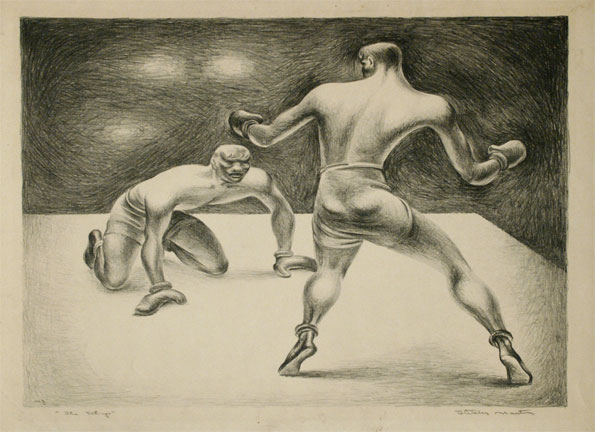