Fernand Leger was born in France in 1881. After apprenticing with an architect in Caen from 1897 to 1899, Léger settled in Paris in 1900 and supported himself as an architectural draftsman. He was refused entrance to the Ecole des Beaux-Arts but nevertheless attended classes there beginning in 1903; he also studied at the Académie Julian. Léger’s earliest known works, which date from 1905, were primarily influenced by Impressionism. The experience of seeing the Paul Cézanne retrospective at the Salon d’Automne in 1907 and his contact with the early Cubism of Pablo Picasso and Georges Braque had an extremely significant impact on the development of his personal style. From 1911 to 1914, Léger’s work became increasingly abstract, and he started to limit his color to the primaries and black and white. In 1912, he was given his first solo show at Galerie Kahnweiler, Paris. Léger served in the military from 1914 to 1917. His “mechanical” period, in which figures and objects are characterized by tubular, machinelike forms, began in 1917.

During the early 1920s, he collaborated with the writer Blaise Cendrars on films and designed sets and costumes for performances by Rolf de Maré’s Ballets Suédois; in 1924, he completed his first film without a plot, Ballet mécanique. Léger opened an atelier with Amédée Ozenfant in 1924 and in 1925 presented his first murals at Le Corbusier’s Pavillon de l’Esprit Nouveau at the Exposition internationale des arts décoratifs. In 1931, he visited the United States for the first time. In 1935, the Museum of Modern Art, New York, and the Art Institute of Chicago presented an exhibition of his work. Léger lived in the United States from 1940 to 1945 but returned to France after the war. In the decade before his death, Léger’s wide-ranging projects included book illustrations, monumental figure paintings and murals, stained-glass windows, mosaics, polychrome ceramic sculptures, and set and costume designs. In 1955, he won the Grand Prize at the São Paulo Bienal. Léger died August 17 of that year, at his home in Gif-sur-Yvette, France. The Musée Fernand Léger was inaugurated in 1960 in Biot, France. 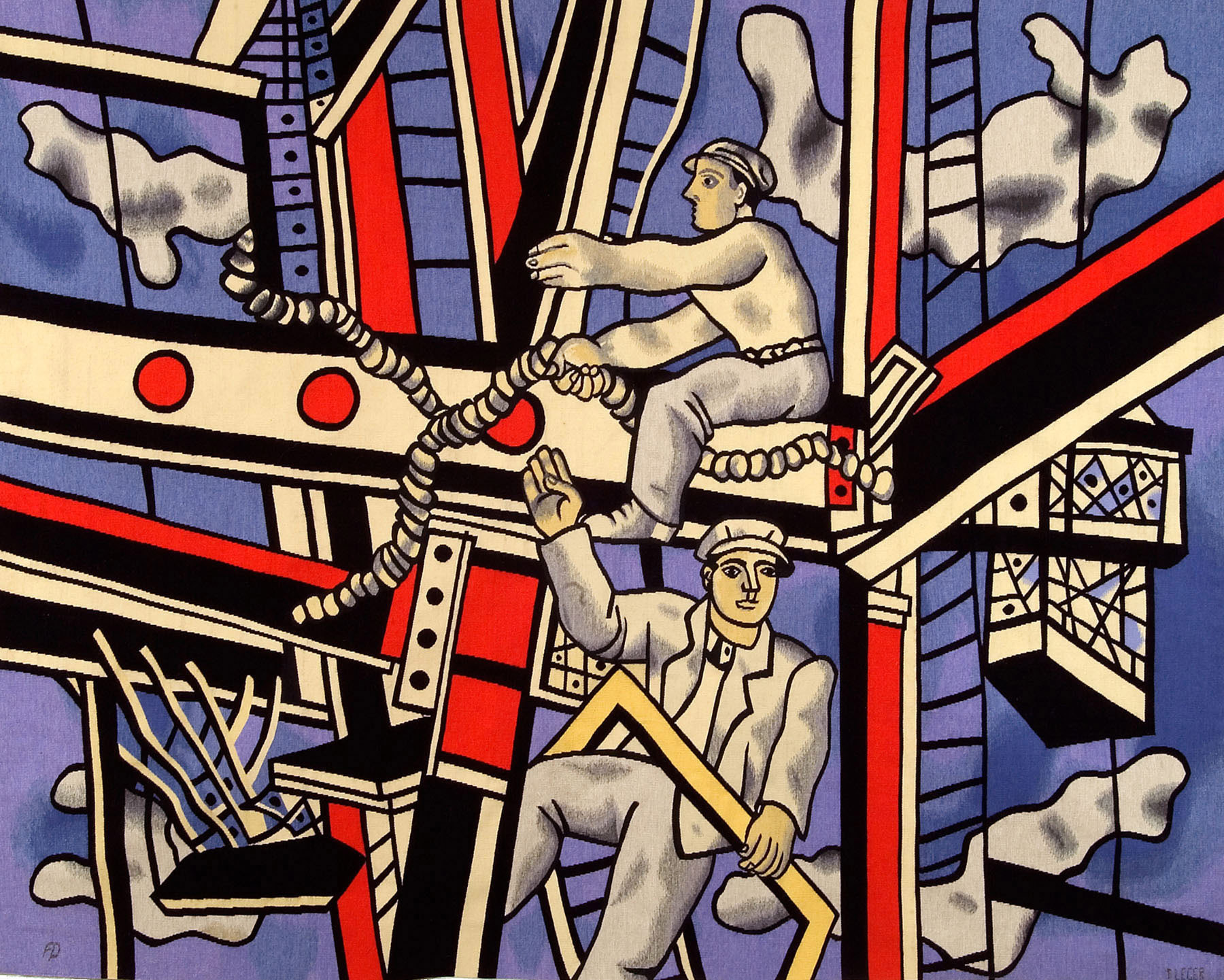 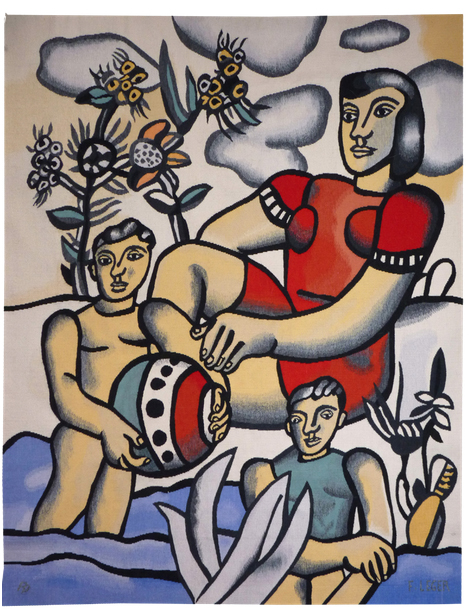