E. Martin Hennings was born in Pennsgrove, New Jersey in 1886 and raised in Chicago. He studied at the Pennsylvania Academy of Fine Art and the Art Institute of Chicago before enrolling in the Munich Academy in 1914 where he began to abandon his classical, realist training. With the onset of WW I, Hennings returned to Chicago where he was an instructor at the Art Institute. In 1917 he was sponsored to travel to the southwest. It was on this trip that Hennings first discovered Taos where he eventually made a permanent move in 1924. There, he banded together with two friends from Munich- Walter Ufer and Victor Higgins, to form the Taos Society of Artists. The remainder of his life was devoted to rich, painterly works that venerated his Native American subjects. 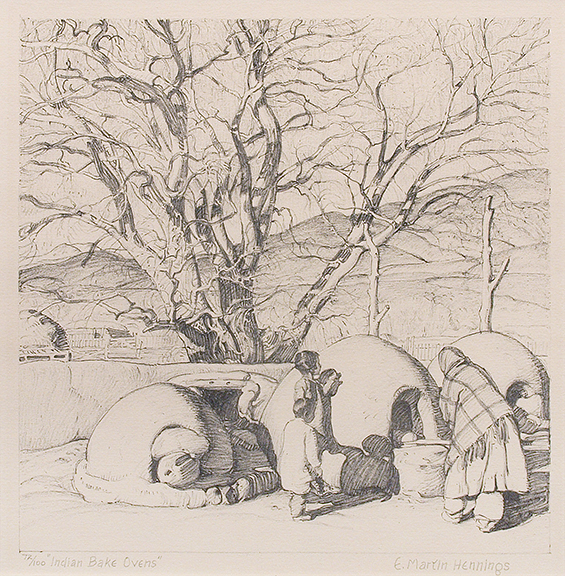