Édouard Manet (January 23, 1832 – April 30, 1883) was one of the first nineteenth century artists to approach modern-life subjects. He was a pivotal figure in the transition from Realism to Impressionism. His early masterworks The Luncheon on the Grass and Olympia engendered great controversy, and served as rallying points for the young painters who would create Impressionism—today these are considered watershed paintings that mark the genesis of modern art.

For over twenty years, Manet sought academic and public acceptance at the annual Paris Salon for his original, brilliant, and enigmatic canvases. Because of the furor that his works created, he became the first major artist in whose career both the journalists and the general public played vital roles. Although the Impressionists—sometimes called la bande de Manet—respected Manet, he never exhibited with them or painted a truly Impressionist work. Nevertheless, his paintings of the early 1870s do seem influenced by Impressionism, or perhaps by Berthe Morisot, who had become his pupil, his model, and  later, his sister-in-law. Manet was 26 when he first submitted to the Salon, offering his Absinthe Drinker (1858-9), a cloaked, top-hatted bohemian figure. The Salon of 1859 rejected the work.

In 1861, however, his large Spanish Singer was accepted, given an honorable mention, and widely acclaimed. An admirer stated that the painting represented a stand between Realism and Romanticism. Manet worked throughout 1862 and began the year of 1863 by showing 14 canvases at a dealer’s art gallery and sending three major works to the Salon. All three were rejected.

However in 1863, artists were allowed to show their rejected work separately at the Salon des Refuses. There, Manet created a scandal with his large composition, Le Dejeuner sur l’Herbe (Luncheon on the Grass), showing undressed women lounging in the woods with clothed men. From that time on, Manet’s paintings were the focus of popular attention. Olympia, also painted in 1863, caused a similar uproar, and the controversy surrounding these two paintings truly dismayed Manet. It was not at all his intention to create such scandal. Manet was not a radical artist, such as Courbet; nor was he a bohemian, as the critics had thought. Recently married to Suzanne Leenhoff, the well-mannered and well-bred Manet was an immaculately groomed member of high society. As Henri Fantin-Latour's Portrait of Manet suggests, this man was the quintessential Parisian flaneur.

However, Manet's unique technical innovations intrigued the likes of Pierre Renoir and Claude Monet and set free the traditional and conservative reigns of academic painting. From 1867-1871, political turbulence rocked Paris, and the Franco-Prussian war left the City of Lights besieged and defeated. In 1870, Manet sent his family south to protect them from the fighting in Paris and signed on as a gunner in the National Guard. There is much primary documentation from this period, including letters to family and friends that express Manet's horror and dismay at the war.

As a testament to his feelings, Manet turned his eye to these events in his artwork: Execution of Maximilian (1868), Civil War (1871) and The Barricade (1871). The Execution of Maximilian reaches out to Goya's Third of May, but despite its masterly influence, the painting was banned from being exhibited in Paris due to the “Frenchness” of the executioners costume. And yet along with his expressions of political disillusionment, Manet also continued producing works such as The Balcony (1868), Portrait of Emile Zola (1868), and The Railroad (1872).

By 1874, Manet's reputation as experimental artist and leader of the Impressionists was firmly established. A café near Manet's studio, the Café Guerbois, became the gathering spot for Monet, Renoir, Sisley, Degas and Pissaro. Although Manet presided over the regular meeting and debates held at the café, he was not enthusiastic about his role as leader of the avant-garde. When the (cont’d) Impressionists held their first exhibition at Nadar's studio in 1874, Manet refused to participate. Instead he chose to remain focused on the Salon.

In his last great masterpiece, Bar at the Folies-Bergère (1882), Manet returns again to studio painting, a somber palette and eliminated mid-tones. The café concert is a theme which Manet had been treating in the late 1870s in works, such as Corner in a Café Concert and The Café. But here at Bar at the Folies- Bergère, the viewer is no longer spectators, but is now a participant in the painting. While the barmaid occupies the center of the piece, the painting is filled with a menagerie of characters from seated couples to trapeze artists. Glittering chandeliers and electric lights fill the upper portion of the work. Here, as in Le Dejeuner sur l’Herbe, optical contradictions abound.Throughout his oeuvre Manet painted modern day life, yet many of his paintings are so much more than simple mimetic depictions. If Manet's work seems to be full of contradictions, or to employ a lack of perspective from time to time, then perhaps that was the true reality of Paris in Manet's time.

Always, if unintentionally, controversial, , Manet sought to record the days of his life using his own unique vision. From beggars to prostitutes to the bourgeoisie, he sought to be true to himself and his time, and he aspired to create “not great art, but sincere art.” 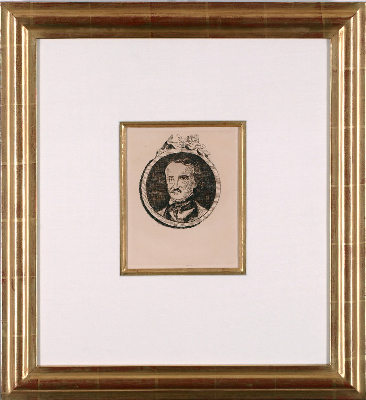