Edgar Degas was born in Paris as the son of a wealthy banker. He studied art at the famous Ecole des Beaux-Arts in Paris. After having finished his studies he went to Italy where he stayed for five year studying and copying meticulously the old masters of the Renaissance. His decision to study the old masters was typical for his personality - that of a perfectionist. Back in France in 1859, Degas exhibited his works for the first five years at the official Salon in Paris. Later he joined the Impressionists and showed his art work in their exhibitions from 1874 to 1886. The favorite subjects of Degas were scenes from the world of entertainment and later from everyday life. Ballet dancers, little ballerinas, women in intimate situations and horse races are the subjects that are immediately associated with him. Degas, in contrast to his impressionist colleagues, preferred to work in a studio. He made sketches of his subjects on the spot and created the painting later in his studio. Toulouse-Lautrec, who was a great admirer of Edgar Degas, had the same work style. Degas was an artist torn between traditional art and the modern impressionist movement. He admired the French artist Ingres and the great Italian painters. His own compositions of images are harmonious and follow the traditions of the old masters. And what often looks like the spontaneous sketch of a genial moment, was in reality the elaborate result of a perfectionist. From the impressionists he had learned the use of creating effects with light, a daring use of colors and new ways to show the human figure in motion. And from the Japanese ukiyo-e masters he had learned the use of space. Japanese prints were very popular at the end of the nineteenth century and had a great influence on the French impressionists. Edgar Degas was one of the admirers of Japanese prints. And the influence can be seen in some of his daring compositions using large areas of flat colors.Degas used a wide variety of mediums and techniques. When he grew older, he turned to sculptoring, pastels and printmaking. In his thrive for perfection, he repeated the same subjects again and again. When he concentrated on printmaking in the nineties, his preferred subjects were female nudes, either nude women at their toilette or nude dancers. Edgar Degas had a collection of decorative utensils like a bathtub, a sofa and a curtained bed in a corner of his studio. During the war with Germany in 1870-1871 Degas served in the French army. The medical cause is not known, but since his time in the military service, he had problems with his eyes. In his late years the artist's eyesight deteriorated more and more. He was unable to create oil paintings and focused his artistic creativity on sculptures. Degas formed his sculptures using wax or clay. Favorite subjects were ballerinas or race horses. When Degas had passed away, he left more than 2000 oil paintings and pastels and 150 sculptures. The sculpture models were all cast after his death. 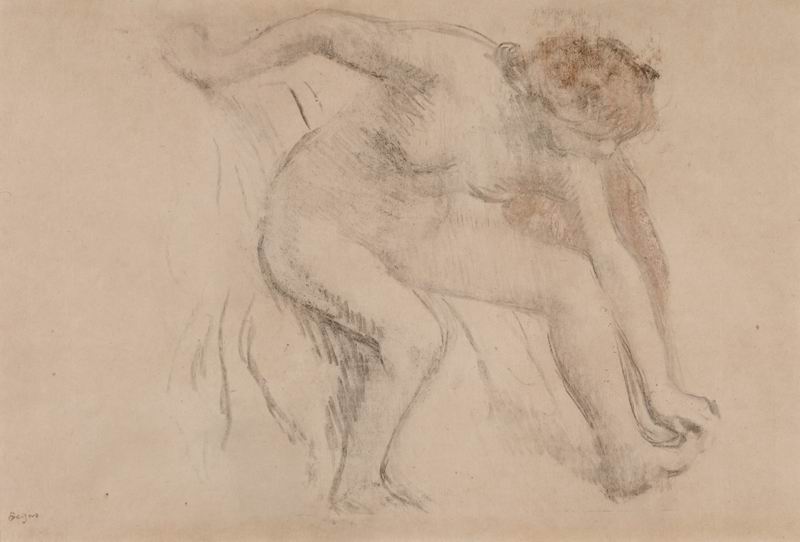 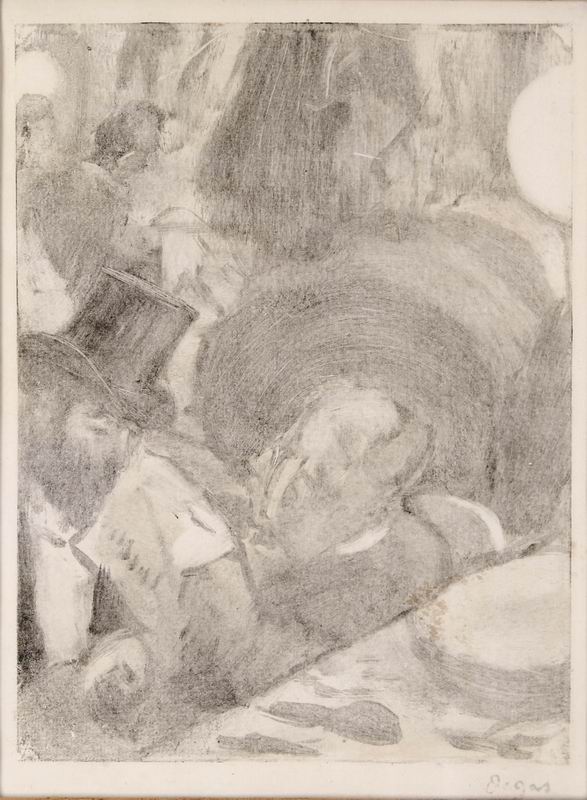