Dennis Miller Bunker, born in 1861, studied under William Merritt Chase at the National Academy of Design, NYC from 1878-81. He then traveled to Paris to complete his education at Ecole des Beaux-Arts and Academie Julian in 1882. Bunker helped introduce Impressionism to America. He was a close friend of John Singer Sargent, who shared the influence of Monet's teachings with Bunker. In the summer of 1882, after finishing school, Bunker traveled to Brittney with several other Americans to paint en-plein-air. He showed a talent for portraying the play of light across green fields and costal villages. Bunker's earlier landscapes reflected more mannerism of Courbet and Barbizon painters. As he developed his own form of modified Impressionism, Bunker created a more open form composition with a brighter palette. Bunker married in the fall of 1890 but died of heart failure that year while home for the Christmas holiday. 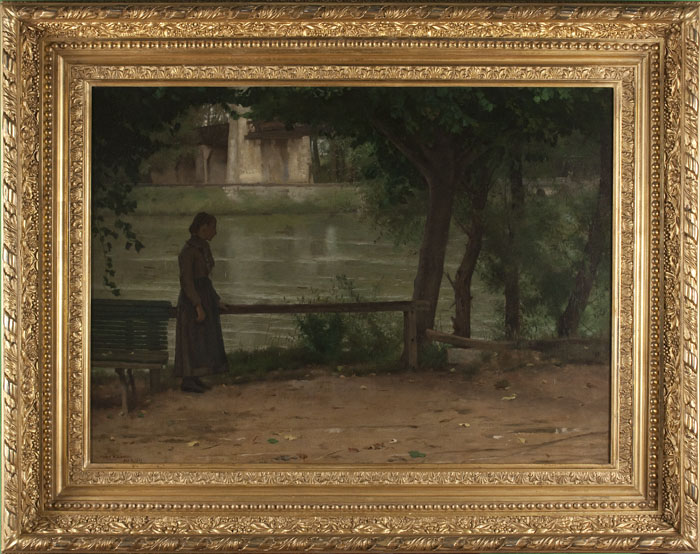