Painter. Born in Philadelphia, PA on March 8, 1856 into an upper class family. Encouraged by his family to pursue an art career, Cooper was further motivated by the art exhibition at the Philadelphia Expo of 1876. He initially studied at the Pennsylvania Academy of Fine Art under Thomas Eakins followed by further study at Paris at Academies Julian, Vitti, and Delecluse. After working from 1895-98 as instructor of watercolor at the Drexel Institute in Philadelphia, he moved to New York City.

An inveterate traveler, he made many trips to Europe, India (1913-14) and throughout the U.S. in search of subject matter. He first came to California to attend the Panama Pacific International Exhibition and spent the winter of 1915-16 in Los Angeles. In 1921 he settled in Santa Barbara where he taught painting at the School of Arts.
An impressionist, his style shows the influence of Monet. Although he is best known for his landscapes with architectural themes, he also painted florals, portraits, gardens, interiors and figures 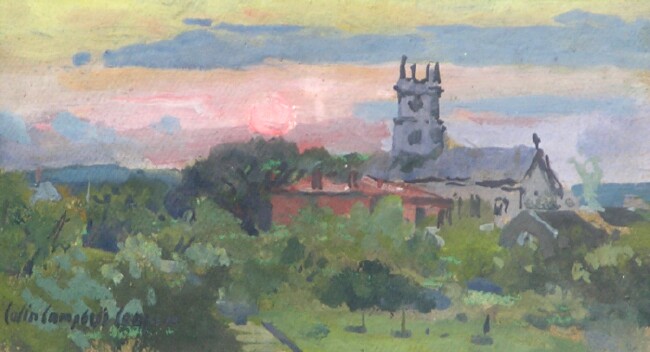 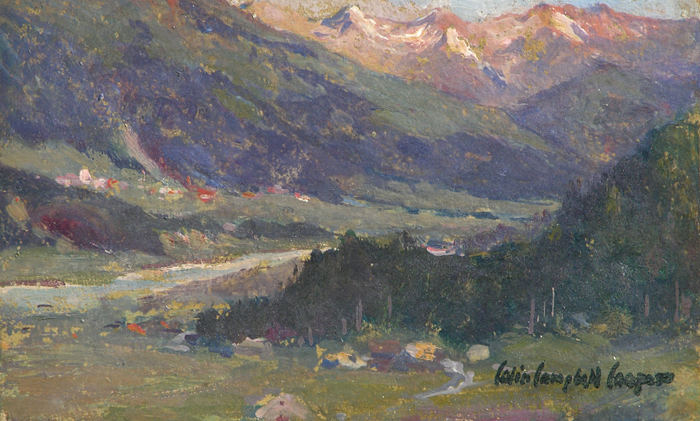 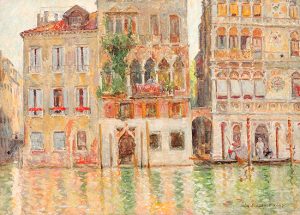