Known primarily for his Colorado landscapes, Charles Partridge Adams was a painter who traveled around the west to explore his perspective of the vastly changing landscapes. Born in Franklin, Massachusetts in 1858, Adams moved to Denver, Colorado at a young age with his mother and two sisters. Poor health caused the move, as one of his sisters suffered from tuberculosis. Adams got a job at the Chain and Hardy Bookstore in Denver where he met Helen Chain, a former student of Hudson River School artist George Inness. Working with Chain was his first and only formal training in painting. In 1881 Adams camped out in the Rocky Mountains with another young artist for three months, resulting in numerous sketches and paintings. 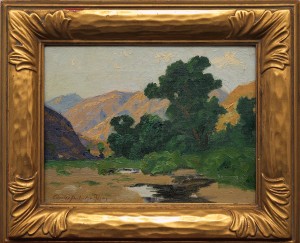 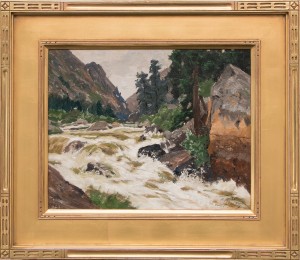 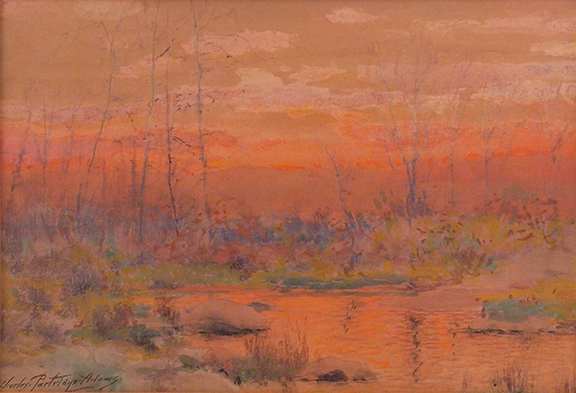 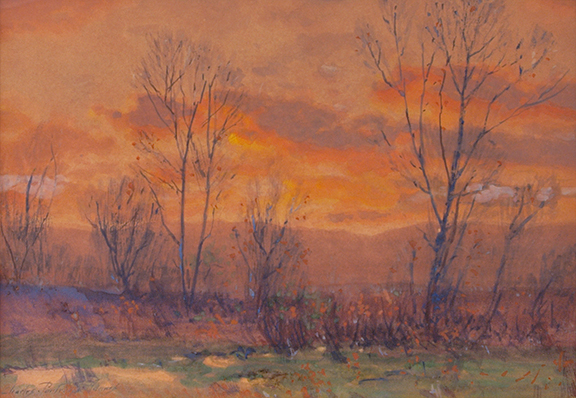 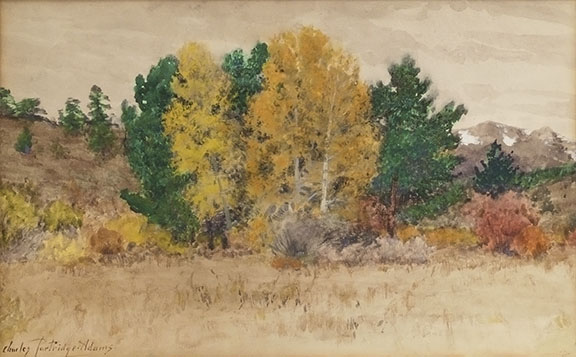