Born in Chicago, Illinois on March 21, 1886. Rider attended the Chicago Academy of Fine Arts and during his student years there he painted for the Chicago Lyric Opera. He traveled to Europe where he studied at the Academie Colarossi and the Academe de la Grand Chaumiere in Paris, and exhibited there at the George Petite Galleries. While living in London, he painted for the London Opera at Covent Garden.

He spent several summers in Valencia, Spain, studying at the Werntz Academy of Fine Arts. It was there that he befriended noted artist Joaquin Sorolla (1863-1923), who would be a great influence on his work. They painted together on the Valencian Beach and when Sorolla died in 1923, Rider was an integral part of the funeral cortege. While in Spain, Rider’s works were exhibited at the Valencienees Court.

Rider returned to Chicago where he became an active participant in the art community. After visiting California in the late 1920s, he settled permanently there in 1931. He worked for Twentieth Century Fox and MGM studios, retiring at the age of eighty-four.

Rider painted throughout California and Mexico, seeking locales which would remind him of the color and light he had seen in Spain. His paintings are rich in color with intense, brilliant light. Many of his Spanish pictures depict the activities of fishermen on the beach in Valencia and their boats with the single, white billowing sail. 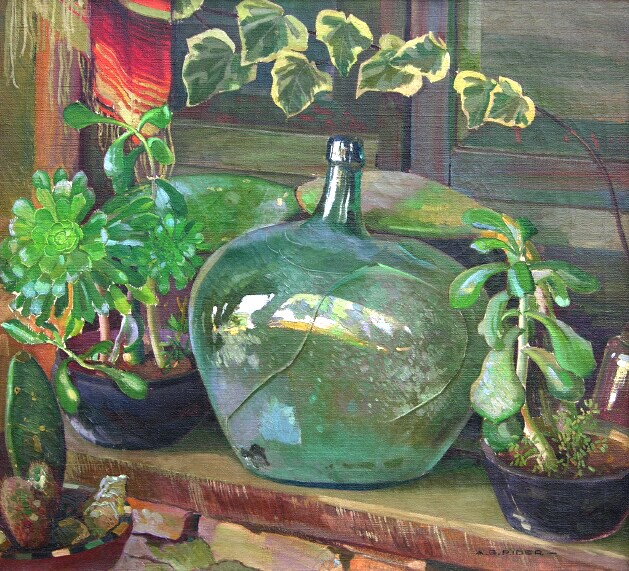