"Every move I have made and everything that I have done, has always been to go back to the sea and to the men who gave it romance. I love them all." Armin C. Hansen

Armin Hansen’s seascapes, coastal scenes, and depictions of the fishing industry of the Monterey Peninsula brought him to the pinnacle of fame in American art.

Born in San Francisco, CA on Oct. 23, 1886. Hansen received his first art instruction from his father, Herman, the famous painter of the old West and frontier life. The younger Hansen later studied at the Mark Hopkins Institute under Arthur Mathews during 1903-06 followed by two years in Stuttgart, Germany at the Royal Academy under Carlos Grethe.

After visiting the art centers of Paris, Munich, Holland, and Belgium, he signed-on as deckhand to a Norwegian steam trawler, the first of many boats which he would crew during the next four years. Returning to San Francisco in 1912, he taught at UC Berkeley and the CSFA. Settling in Monterey in 1913, he taught private classes and was instrumental in forming the Carmel Art Institute. Hansen had a studio-home at 716 Pacific until building a home next door to artist Julian Greenwell on El Dorado Street. He lived there until his death on April 23, 1957. 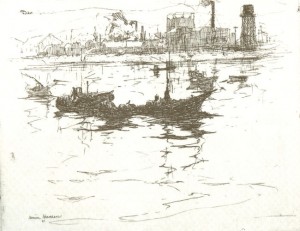 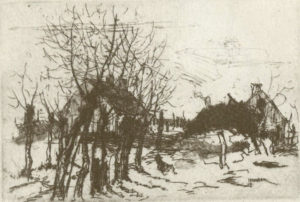 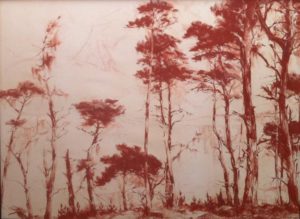 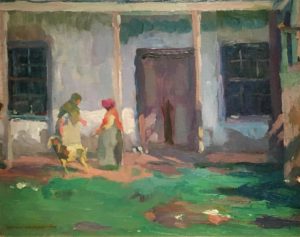 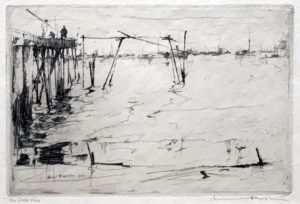