In the following years, Blanchard favored the styles of Eugene Galien- Laloue and Edouard Cortes. It was this subject; the wet streets of Paris, that Blanchard would develop his very individual style around. Although he painted the same subject as Cortes and Laloue, Blanchard introduced a much lighter palette and a completely different brush stroke. He has shared a great deal of criticism and acclaim from collectors and critics but that is the nature of his profession. The greatest of painters received both acclaim and criticism.

Suffering a leg injury late in life, Antoine Blanchard was unable to paint for the last few years of his life and died in Paris in 1989. 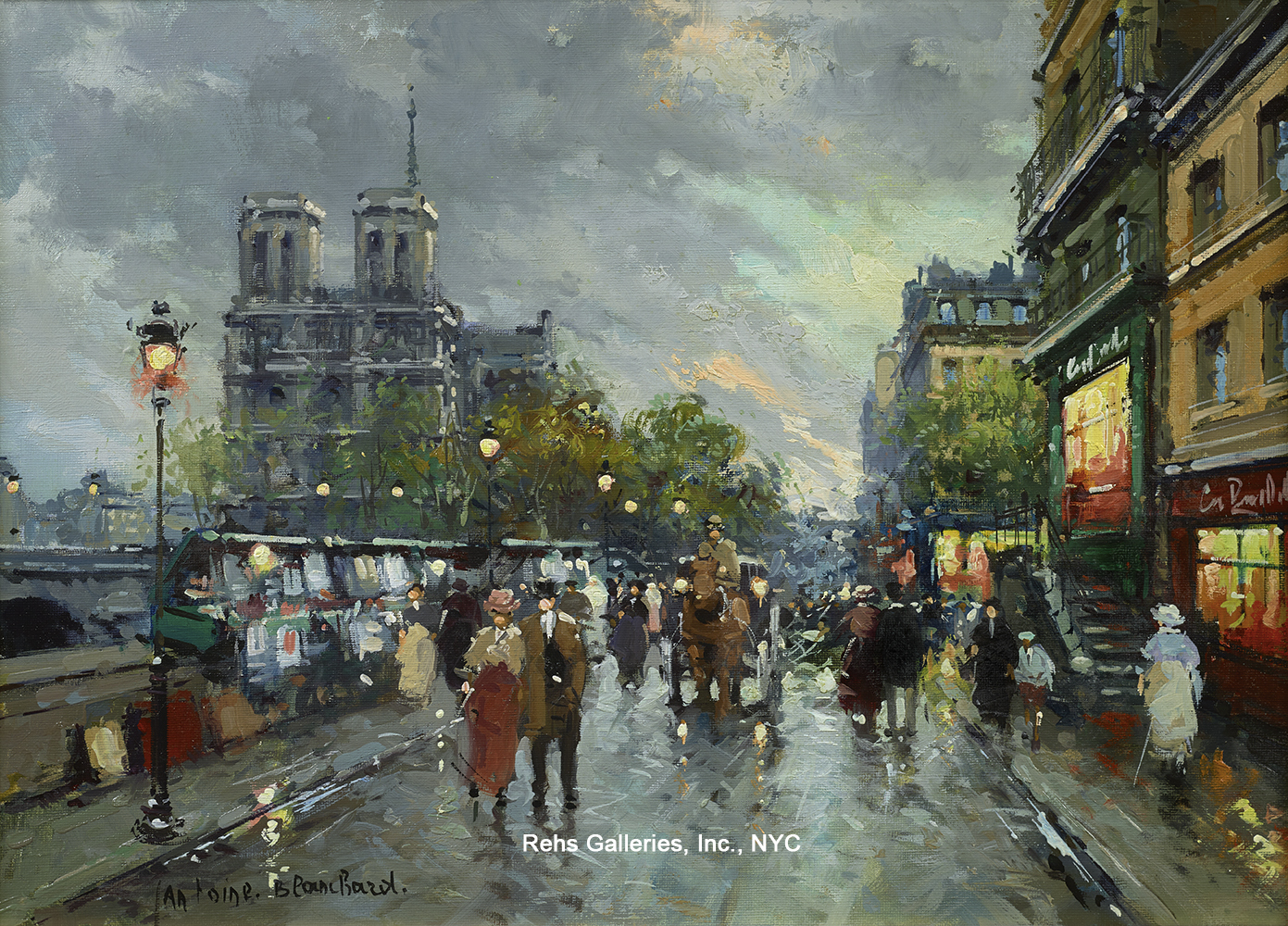 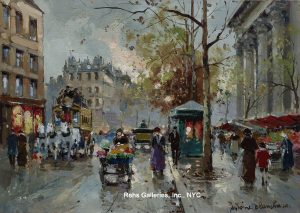