His formal art education was at the College of Art and Design in Minneapolis where he was a student of Frank Reaugh. In 1921, he moved to New York City where he lived for four years, but he frequently returned to Texas to paint in the summers as well as making numerous trips to Taos. He was also an illustrator for the Dallas Times-Herald.

He headed the art department at the University of Tulsa from 1945-1968, having taught earlier at Texas State College for Women in Denton and the Hockaday School for Girls in Dallas.

His work is included in the collections of the Smithsonian National Museum of American Art, the Musee d'Art Moderne in Paris, and important regional museums such as the Philbrook and Gilcrease. Two of his major paintings were featured in the 1999 exhibition, American Century: Art & Culture: 1900-1950 at the Whitney Museum of American Art. 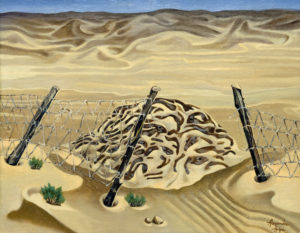