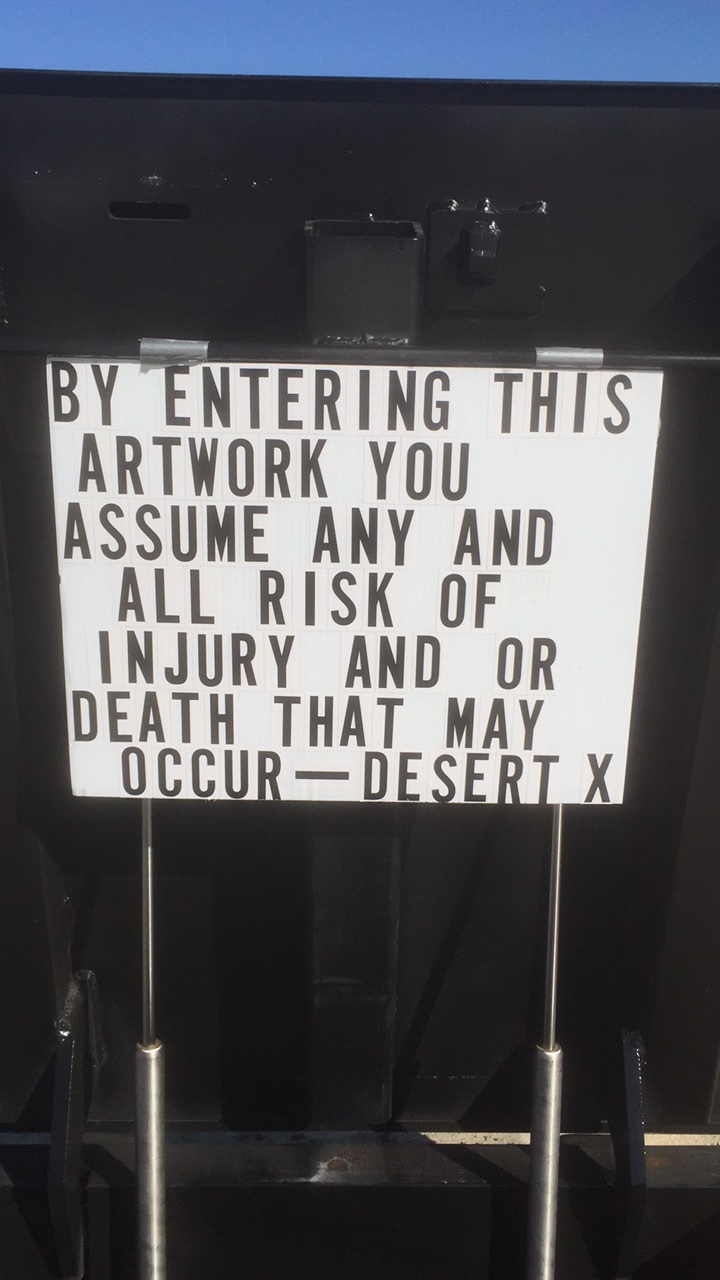 FADA DOES DESERT X: A weekend in the desert on an art adventure

Inaugural art exhibition Desert X debuted this weekend. With the desert landscape providing an exhibition space and locus for artistic creation, 16 site-specific installations revealed themselves throughout the Palm Springs area.

FADA began its Desert X journey in January at 2017’s LA Art Show.  In a collaboration with Desert X, which FADA supports as a Founding Member, LA Art Show patrons were brought into a booth evocative of a Movie Colony spread-replete with rattan furniture and Eames chairs—and introduced to Desert X’s curated program of participating established and emerging artists.

Although the booth was anchored by reading nook showcasing the catalogs of artists’ recent work, the exhibit’s “newness” and integration within the desert arena called for unique reactions and manifestations-the labors of installation documented fastidiously on the Desert X Instagram.

So while visitors received just a tease, nevertheless encouraged by the desert ambience, the collaboration highlighted FADA’s mission as an organization to support compelling art exhibitions/programming with a global reach.

FADA made the expedition to Palm Springs for Desert X’s opening weekend.  With installations scattered throughout the desert, the Ace Hotel provided a home base where opening remarks by Artistic Director and Executive Director, Neville Wakefield and Elizabetha Betinski, established the artistic, philosophical and environmental intentions of the endeavor. 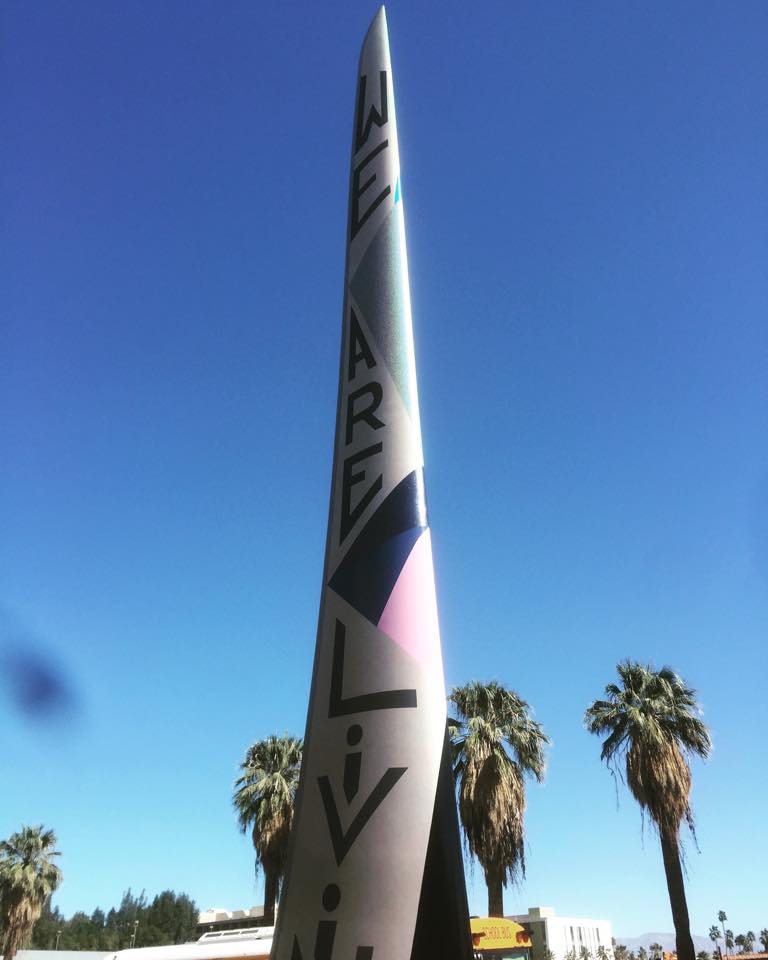 Given a (treasure) map of the works' locations with the GPS coordinators to find them, we headed north.  In lieu of a caravan our mode of transportation was a Tesla, equipped with a driver who reassured that the falcon wing doors would not cause any injury.  A sense of the desert journey began to take hold as we were whisked from installation to installation, meeting with Desert X artists who explained the influences on their creations. 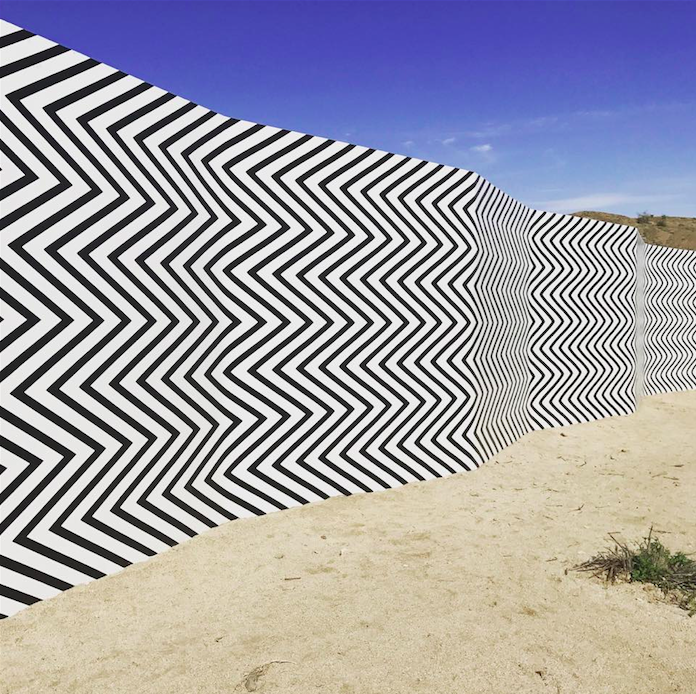 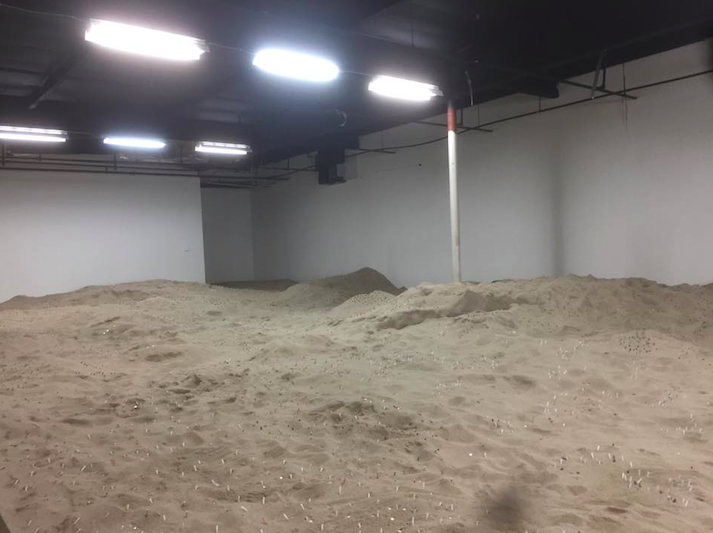 Provocative, playful and mystical, artworks embodied a monumentality-literally in Claudia Comte’s “Curves and Zigzags”- and in their use of unconventional mediums. As FADA traveled from Gabriel Kuri’s “Donation Box” in an empty strip-mall store front to Sherin Guirguis’ “One I Call” amidst the sublime Whitewater Preserve, contrasting landscapes and mediums revealed artists’ personal interpretations of the desert.  Nevertheless, many art installations were unified in their capability to reflect-to remain hidden. Doug Aitken’s “Mirage”, Philiip K Smith III’s “The Circle of Land and Sky” and Jennifer Bolande’s billboard installation along the highway blended into the desert landscape.

Inside Sherin Guirguis’ “One I Call,” a desert pantheon

A bunker shrine to JFK, Will Boone's "Monument" 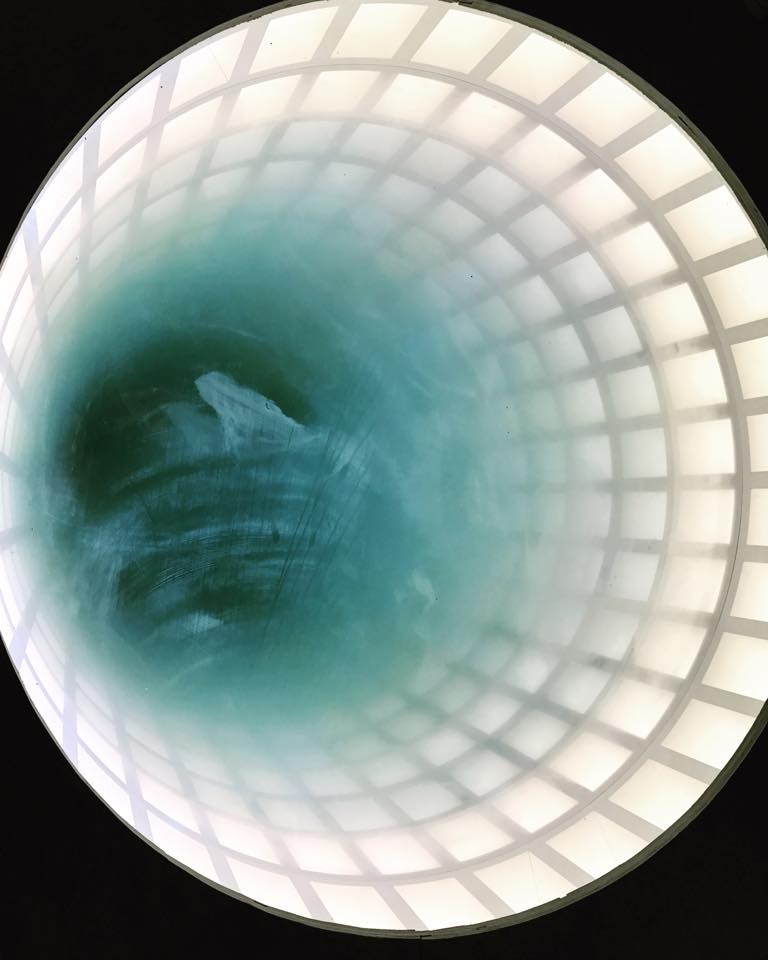 Glenn Kaino and Will Boone’s bunkers were unassumingly buried in the landscape-plugging in GPS coordinates reinforced the notion that one was seeking out the installation. Armando Lerma’s “Coachella Walls” and Jeffrey Gibson’s “Alive!” recast sculpture and painting into meaningful commentary on the desert’s unrecognized inhabitants. 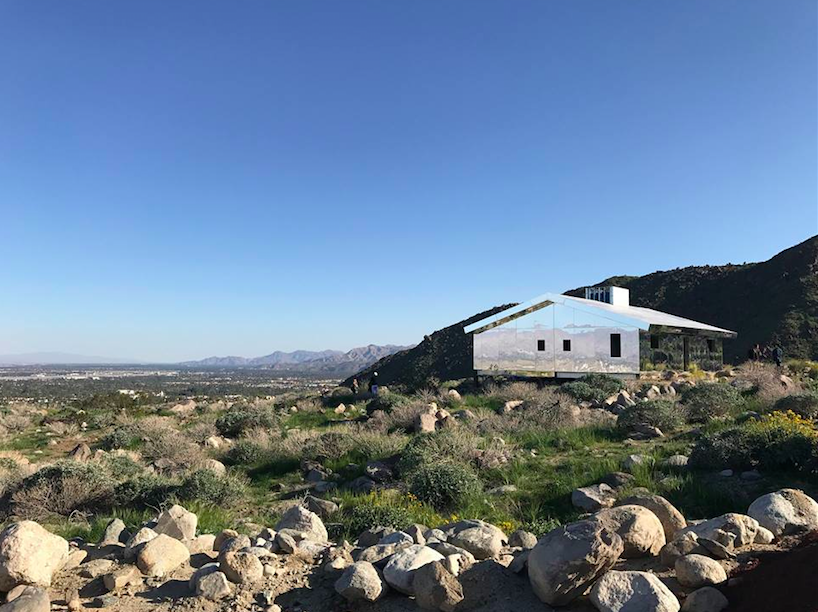 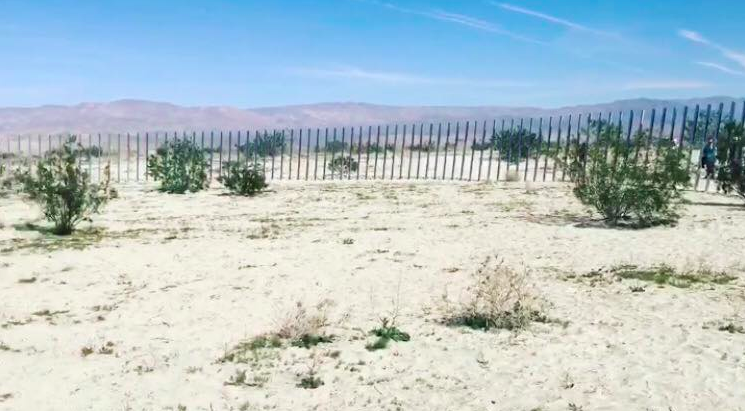 The Desert's Stonehenge: Phillip K. Smith III's “The Circle of Land and Sky”

Richard Prince’s “Third House” and Rob Pruitt’s Flea Market at the Palm Springs Art Museum, enticed visitors to (although not always sanctioned) take with them mementos of the experience. 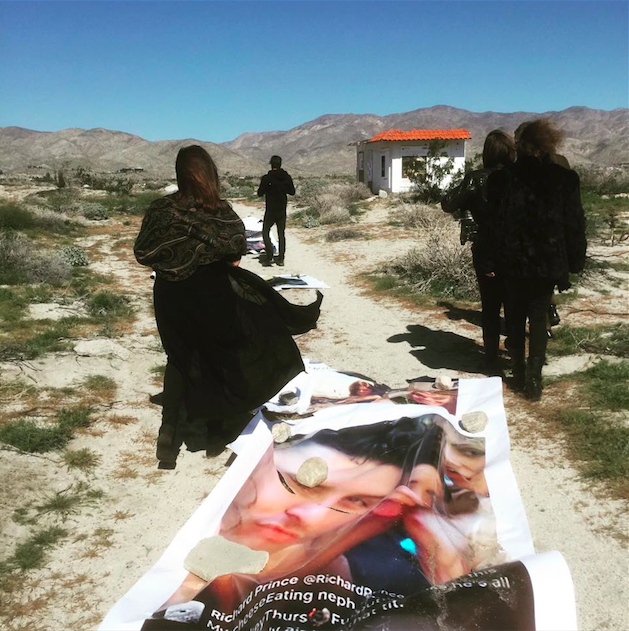 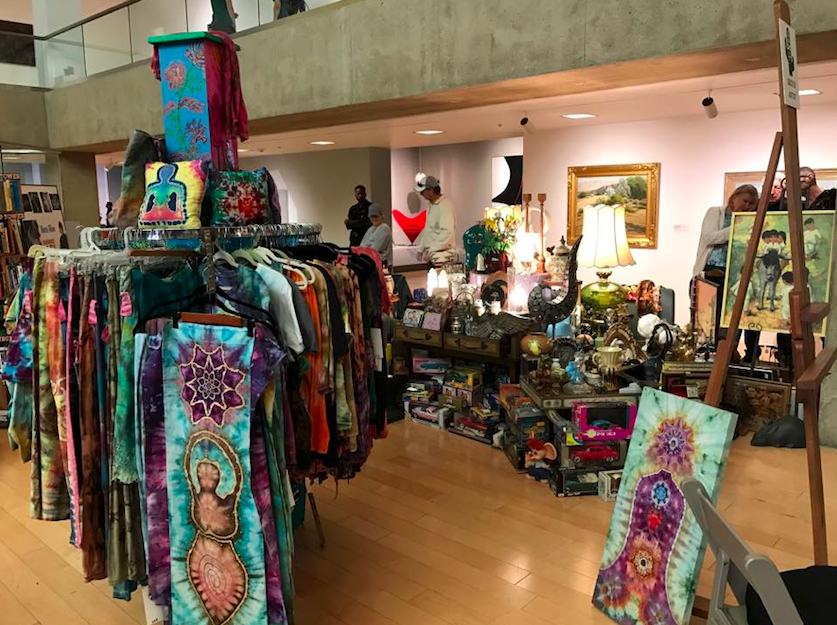 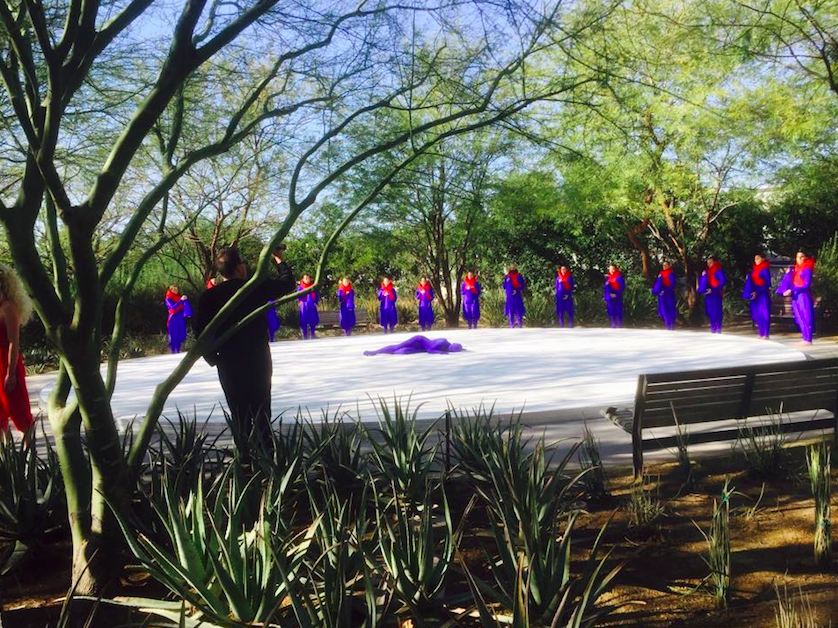 A man guarding the motel room door took our iPhones before Juliao Sarmento's 4 minute performance: one person in the room at a time

Some things could not be seen.  Norma Jeane’s apty entitled “Shybot,” a robotic machine, will roam around the desert terrain. Tavares Strachan’s “I Am” only reveals its vedic, neon light message from above. 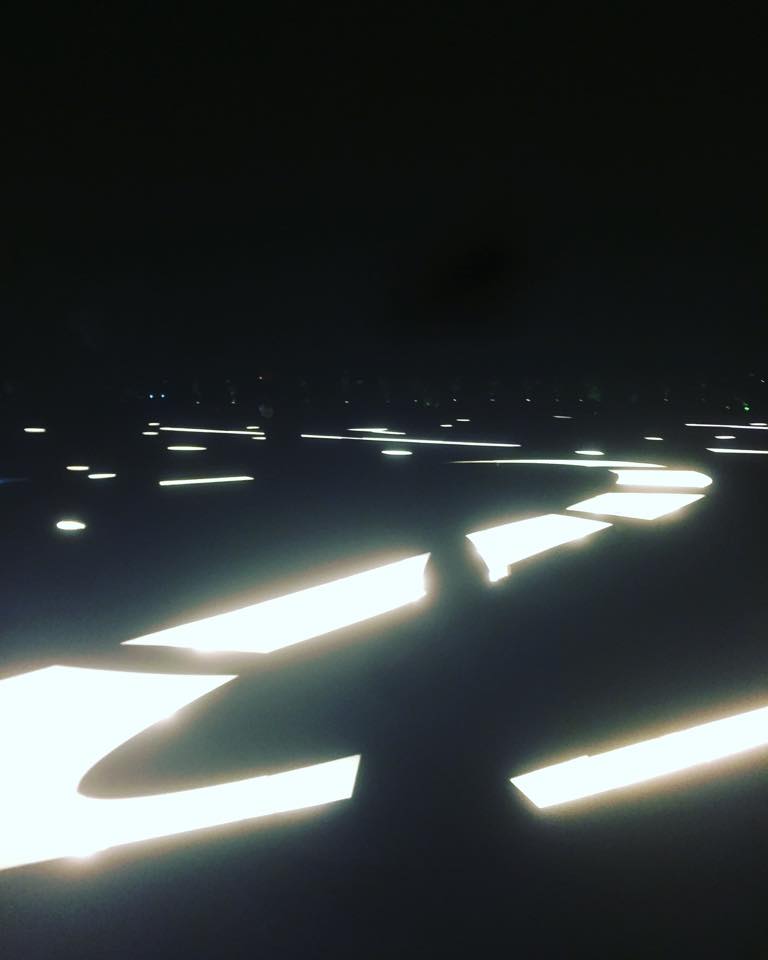 As visited installations were crossed off the map, the vibrancy, creativity and uniqueness of individual works contributed to the excitement of the art pilgrimage.  The Fine Art Dealers Association, conscientious of art’s history, saw its future through Desert X’s program.

Free and open to the public until April 30th.