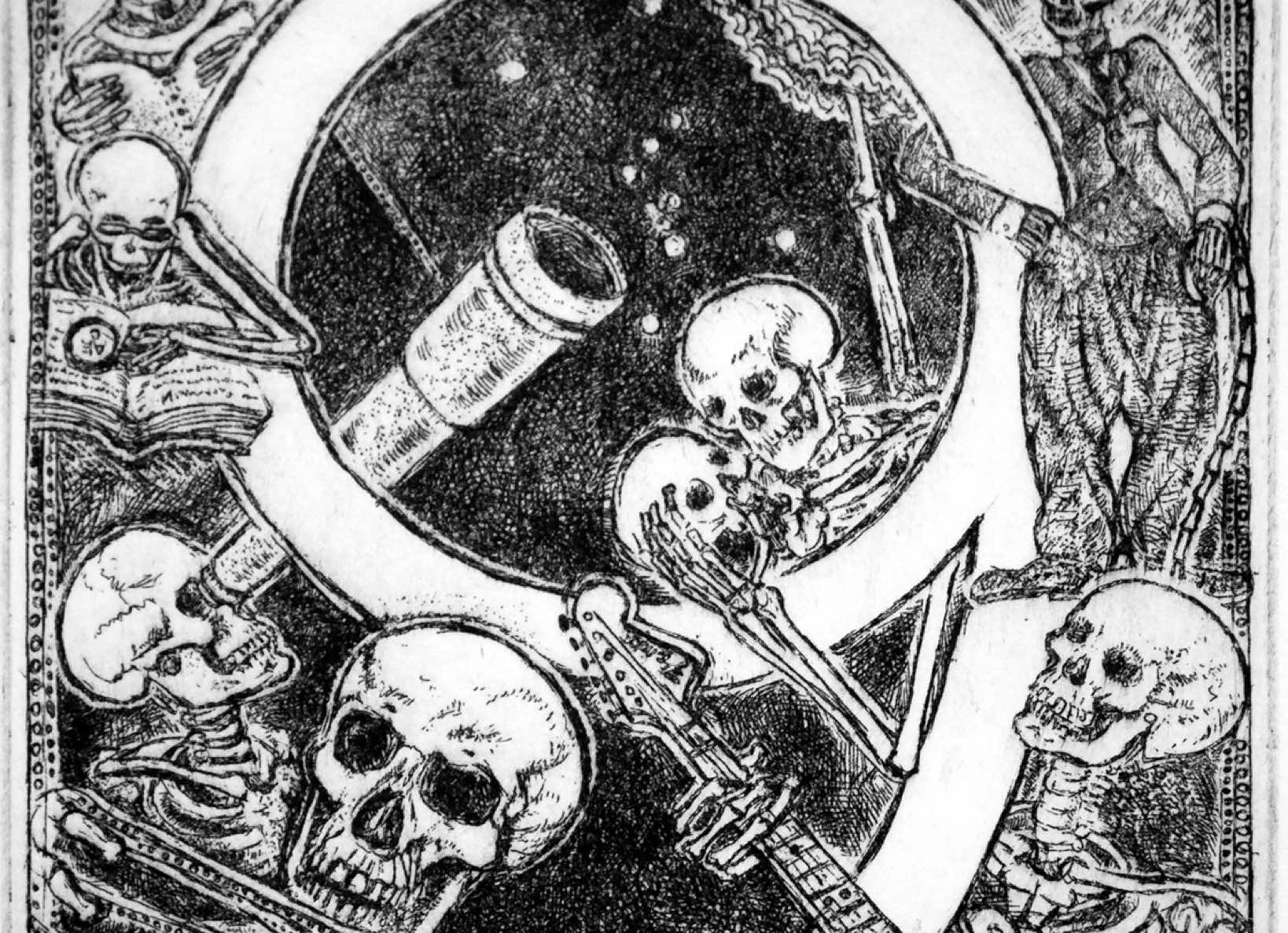 The Alphabet is a complete series of etchings, letters A-Z, and numbers 0-9 plus a title plate and two repeated letters for a total of 39 images. The series was begun in fits and starts over a 25 year period, originally intended as a response to the AIDS crisis. The letters were completed in 2014, and the numbers in 2016, all at Anchor Graphics in Chicago. Now the combined alphabet and numbers series will be exhibited together for the first time. These works explore the presence of death in all human endeavors, using traditional signifiers of mortality such as the skeleton as a primary actor and subject. Each plate corresponds to a specific fatal activity or malady, highlighting the act of existence as a high risk activity fraught with peril. 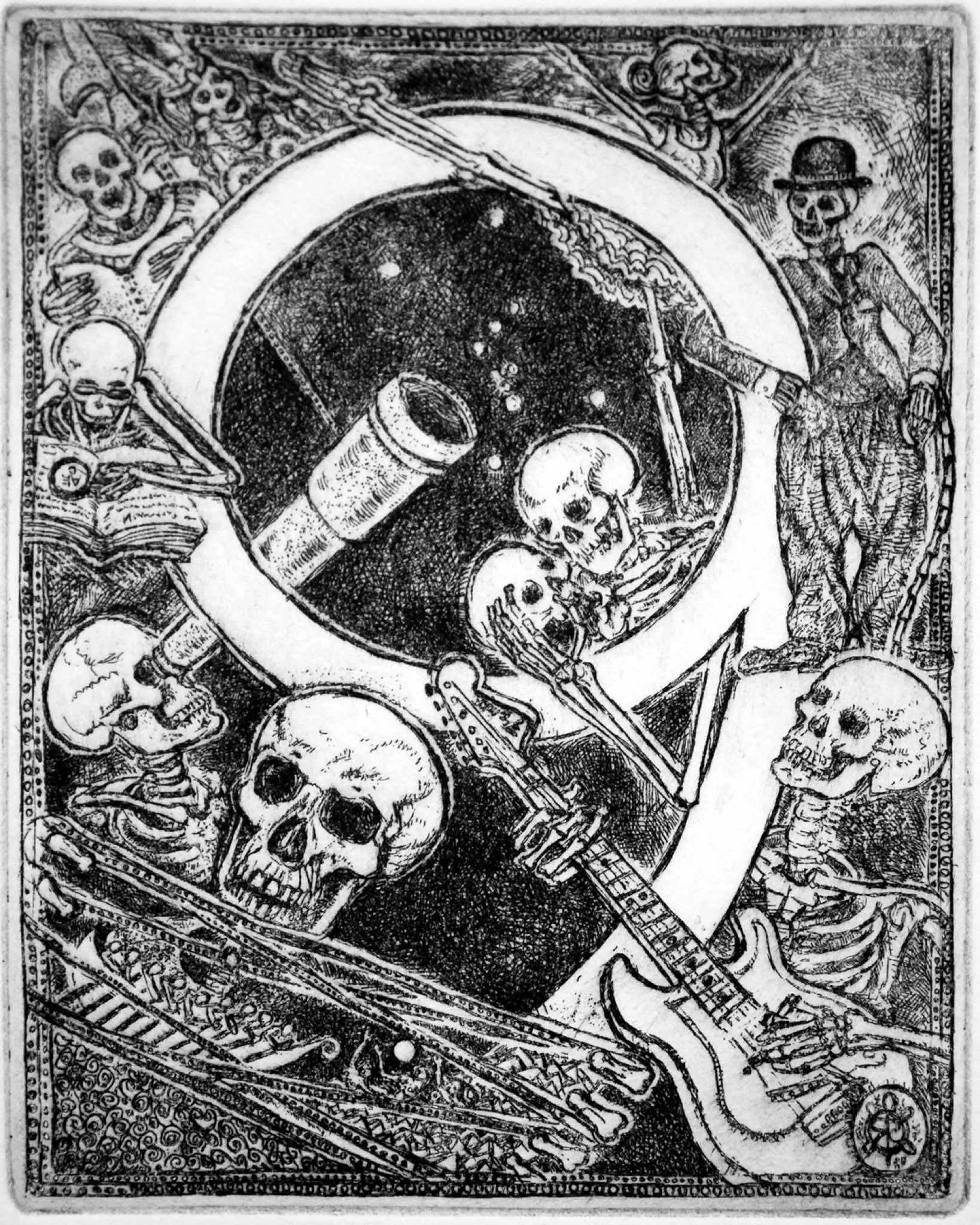