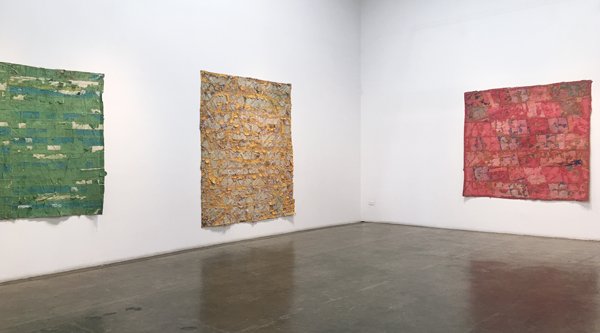 Leslie Sacks Gallery is pleased to present Charles Christopher Hill Origin Story. The exhibition features the Los Angeles based artist's iconic stitch-works from the mid-1970s to early-1980s. Eight of these vintage and historical works are on view--some never before exhibited. The stitch pieces are a seminal body of work for Charles Christopher Hill and have informed his evolving oeuvre over the last nearly five decades.
The origins of Hill's interest in materials and stitching cropped up at an early age. As a young child in Pennsylvania, Charles Christopher Hill would sneak to his mother's sewing machine to tinker and play. He would gather scraps of fabric and create freeform arrangements by letting the machine dictate the direction of the patterns and seams. Later when he attended art school at the University of California, Irvine (1969-1973) he would be greatly influenced by his professors-among them were art world luminaries Ken Price, John Mason, Vija Celmins, Robert Irwin, and Ed Moses. Ed Moses's interlaced laminated tissue constructions, in particular, inspired Hill to reinterpret and reimagine them through process. He admired the spontaneous, put-togetherness of Moses's work. Hill began the first iterations of these compositions by gluing large 4x8 foot or 6x8 foot pieces of paper together. Shortly thereafter he moved on from using glue and returning to his roots to employ the sewing machine. He appreciated that sewing represented the idea of a mechanical, rather than a chemical bond. 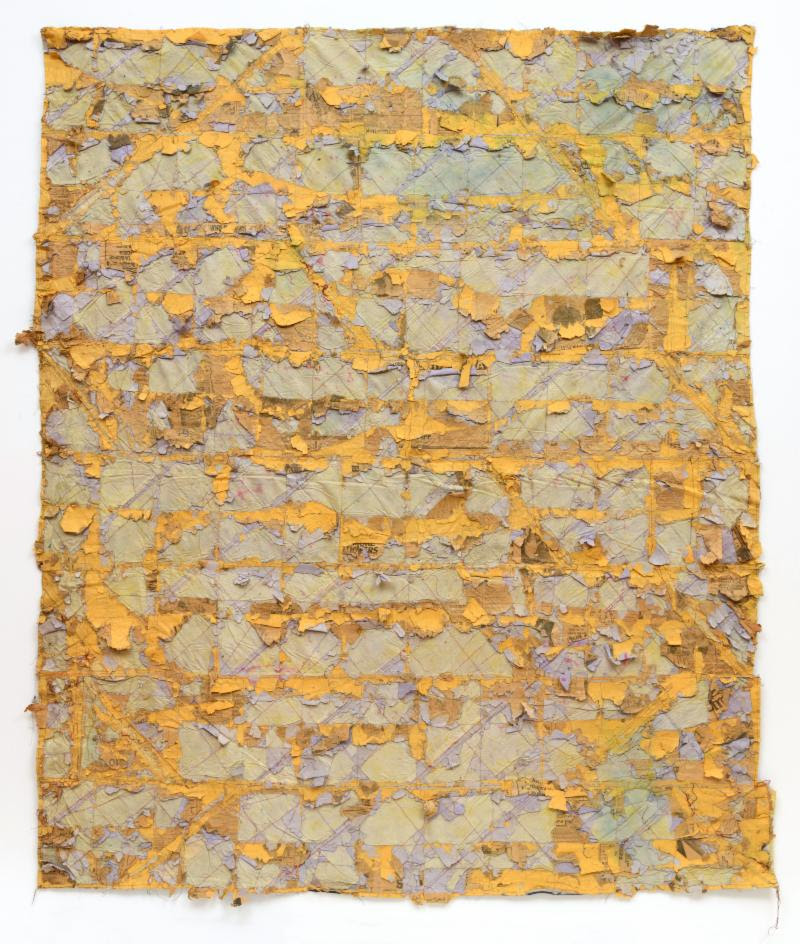