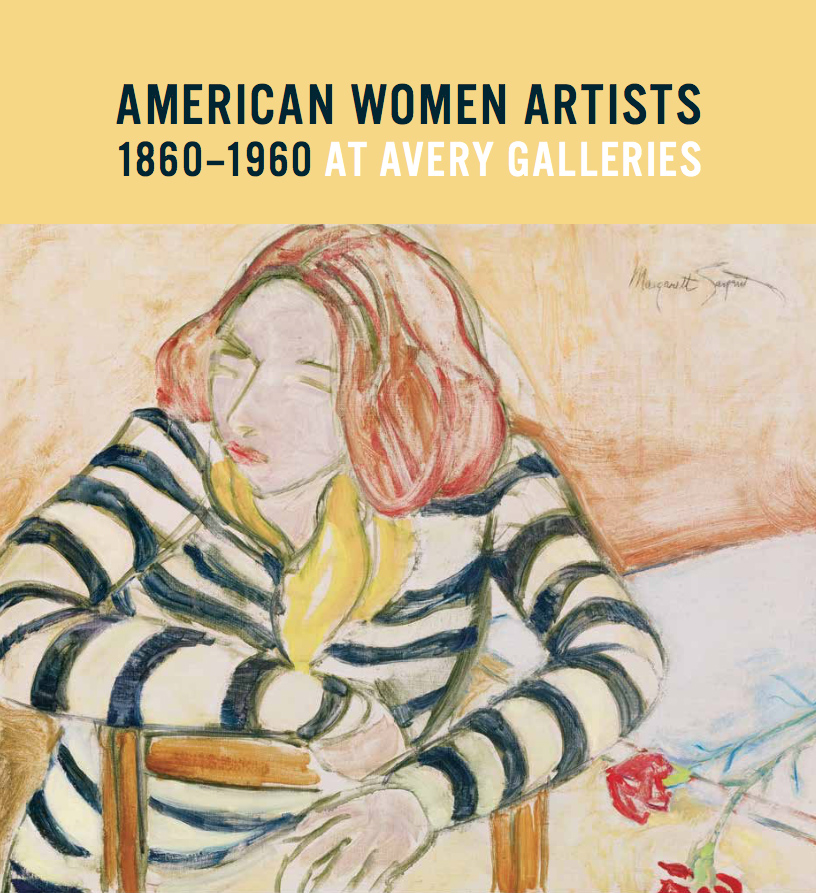 We are pleased to announce our fall 2017 exhibition, American Women Artists: 1860­–1960, which explores the journey of women artists during this time as they sought to establish themselves as professionals in an art world dominated primarily by men. The exhibition catalogue opens with an introductory essay by Nicole Amoroso, which highlights the many challenges that these women faced and the ways in which they sought to overcome those obstacles. For example, when necessary, these determined women petitioned for admittance to life drawing classes which had traditionally been open only to men or formed their own artists’ clubs and societies when they were excluded from those already in existence. Moreover, this exhibition features a wide variety of women artists, including such renowned examples as Mary Cassatt, Lilian Westcott Hale, and Jane Peterson, as well as numerous less familiar names, like Elizabeth Wentworth Roberts, Alice Beard, and Virginia Berresford. The exhibition catalogue contains individual essays on each of these women which delve deeper into their biographies. While their stories are unique, they were united by many of the same struggles which faced all women artists. For instance, many artists such as Mary Cassatt and Laura Coombs Hills chose not to marry because they believed that they could not marry and be professional artists; those who did marry such as Lilian Westcott Hale had to very carefully balance their domestic responsibilities alongside their artistic aspirations. And yet, despite all the barriers that these women faced, they led highly successful careers in which they exhibited widely, supported themselves comfortably through the sale of their work, and achieved considerable reputations during their lifetime. Sadly, history has not been kind to these women, and so many of them have fallen into relative obscurity. At Avery Galleries, we are thrilled to have the opportunity to showcase these talented artists once again and grant them the hard-won recognition that they deserve. In conjunction with this exhibition, Avery Galleries will also be featuring nine contemporary women artists, whose work will be on view during the run of the main exhibition, from October 13th to November 10th, 2017.