Julian Opie is a master at observing everyday life and transforming prosaic scenes into powerful, graphic works that speak to all of us on a basic level. Born in London (1958) and raised in Oxford, Opie went on to study at Goldsmith College under the tutelage of Michael Craig-Martin, the conceptual artist who served to influence his technique and process. Over several decades, Opie has developed and perfected the minimalist approach he adopted during his education. His work has evolved to incorporate a variety of media and styles including sculpture, silhouettes, animations, and quintessential portraits and landscapes.

Opie considers himself to be a realist whose work does not deal in metaphors. A sheep is a sheep; a crow is a crow; a person walking down the street is nothing else. Expanding on this realist approach, he says “having more details in a picture doesn’t mean it’s more like reality”. He uses technology to strip down and present his ideas in a way that is reminiscent of both the European old masters and the Japanese manga art which inspire him. Although he frequently uses photographs as his starting point, the work is also inculcated with his empirical understanding of the subject matter: “reality is a complex construction that is built from experience.” 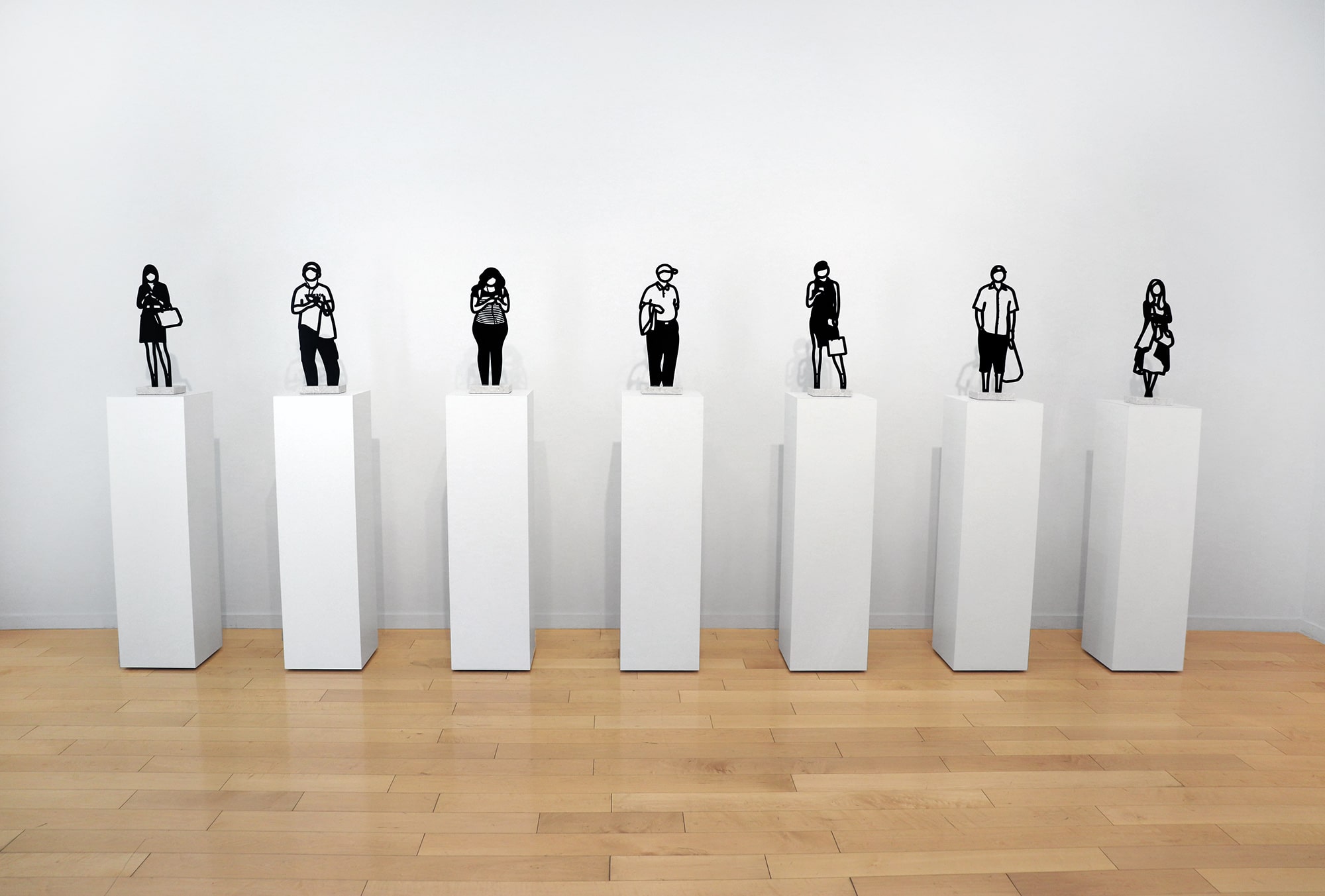