Lee was born in Lexington, NC in 1934 and pursued her academic career at the University of North Carolina, Greensboro, where she studied with the painters John Opper and George Ivy. She received her MA in 1958 and her PhD in 1965, both from New York University, and continued her post-doctoral work at the prestigious Warburg Institute at the University of London with research fellowships from the American Philosophical Society.

In New York, she forged close relationships with leaders in American modern painting, including Elaine and Willem de Kooning, and exhibited alongside Jackson Pollock, Mark Rothko and Robert Motherwell. Lee was represented by Betty Parsons, one of the most important gallerists of the period, and eventually became her close friend and biographer.

Lee’s work was reviewed frequently and favorably in the central periodicals of the day, including ArtNews, Art in America, The New Yorker, Artforum, Arts Magazine and The New York Times by the widely respected critics Clement Greenberg, John Russell and Hilton Kramer, among others.

She was the recipient of many awards, including an Honorary Doctorate of Fine Arts from the University of North Carolina, the Childe Hassam Purchase Award from the American Academy of Arts and Letters and the Athena Medal from the Rhode Island School of Design. In 2016 she was awarded an Alumna of Distinction Award by the College of Visual and Performing Arts at the University of North Carolina at Greensboro.

Alongside her lifelong devotion to making art, Lee also pursued a career in academia beginning in 1958. She taught at the University of New York, Potsdam and then Winthrop College in Rock Hill, SC. She spent almost a decade at Drew University where she left as full professor and Chair of the Art Department. She then served as the Dean of Visual Arts at the State University of New York at Purchase where, in 1975, she left to begin her tenure as President of the prestigious Rhode Island School of Design. There, she served for eight years before becoming the Director of Arts and Communication and Senior Vice President at the Academy for Educational Development in New York City.

Notwithstanding her many accomplishments as an academic, historian, university leader and teacher, throughout all of her life Lee was first and foremost a painter. She drew great inspiration from her engagements with the landscapes and history of Greece, Rome and her love of the New England countryside. She continuously experimented in drawing, collage, oil and acrylics. Her interests were expansive, deep and informed by her pragmatism, empathy and seductive sense of humor.

Her growth as an intellectual and artist was persistent and enduring. As she wrote once, “A painter should live a long time. It takes decades of work, of arduous search and fretting, to know that labels don’t matter, and to find what will suffice.” 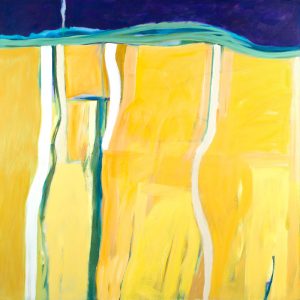 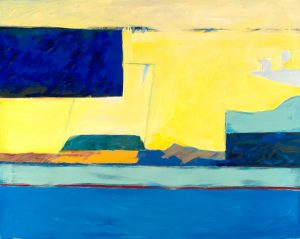