Surprisingly while Matisse may be the most recognized name in modern art after Picasso, his graphic work, even today, is not widely known. As one of the most sought-after and highly collected artists of the 20th century it seems curious that this should be the case. One reason may be that color is excluded almost entirely from his graphic work, which would certainly give a collector of his paintings pause. However, closer inspection reveals that Matisse employed graphic techniques to specifically explore the nature of the human figure in a very personal and intimate way, which had important implications for his entire oeuvre. Matisse produced a remarkable series of three etched portraits in 1914 featuring Fanny Galanis, the wife of a close friend and fellow artist. In Fanny de Face, he employs a narrow, vertical format in the Japanese style. The immediacy and naturalism achieved with such brevity of detail is a testament to his grasp of the potential of etching from the very beginning. Sketched directly onto the etching plate, Matisse was known to favor working as quickly as possible to capture the essence of his subject. This plate would have been completed in three to five minutes according to contemporary accounts by close associates of the artist.

Unlike Picasso who would single-handedly transform printmaking techniques at intervals throughout his career, Matisse was content to adhere to traditional methods. It was the subject rather than the medium, which was the catalyst for his life-long interest in printmaking. Noted Matisse scholar Margrit Hahnloser points out, “His models were not made in accordance with the classical idea of beauty although he frequently referred to them. He distorted figures to enhance the expressive power of a picture, making them serve the synthesis of the composition.” Upside Down Nude on Checkered Background (1929) illustrates this observation admirably: Crouching and twisting yet perfectly balanced, Matisse utilizes one long sinuous line to unite her foot, calf, buttocks, back and elbow. The simple yet elegant backdrop of open cross-hatching emphasizes the sensuous and liquid character of the model to maximum effect.

It seems clear, that for Matisse, printmaking was a natural extension and a further refinement of his passionate and abiding dialogue with the model. “What interests me most is neither still life, nor landscapes, but the human figure,” explained the artist in 1908 in one of his first public statements on art. “The model, for others, is a piece of information. In my case it is something, which arrests me. It is the source of my energy.” In 1927 the first volume of lithographs by Matisse was published. Entitled Ten Dancers, it featured different poses by Henriette, the model who came to embody dance for the artist. In Standing Dancer, Leaning, “she is presented in delicately graduated tones of light and shade. The tutu breaks the flow of the body’s lines, extending decoratively into the room but, suggesting the dynamics of dance in the flying material."

Individual, intuitive and irrepressible Matisse’s graphic work has only recently been the object of serious scholarly research. With new monographs and exhibitions devoted to this facet of his creativity, his prints will surely receive the much wider audience they deserve. Like his contemporary Picasso, Matisse continues to delight and surprise us with each new aspect of his art we make the time to consider.

…and countless other museums, galleries, and private collections around the world. 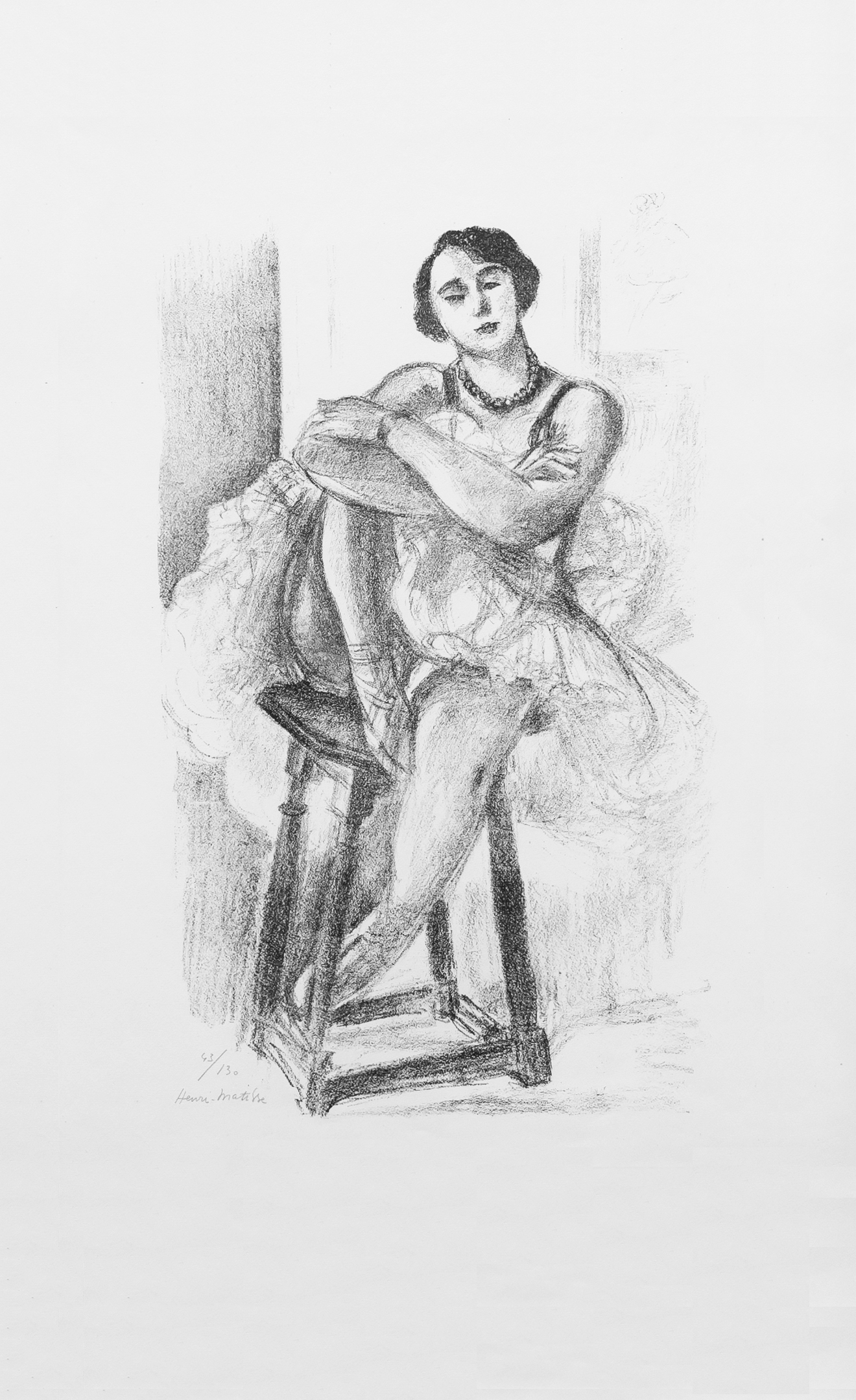